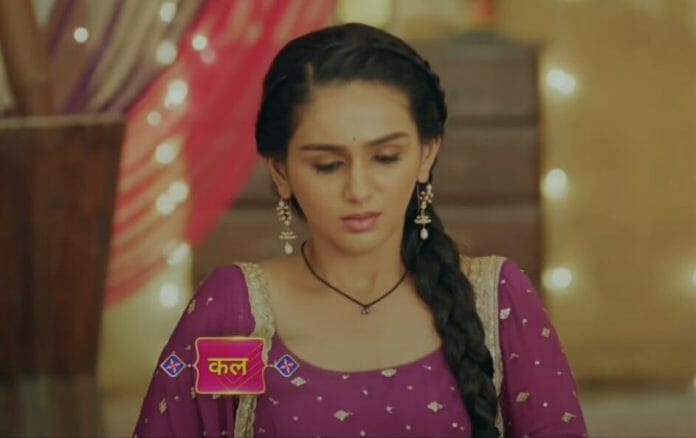 Na Umra ki Seema Ho is the newly launched show of Star Bharath. This show is about Vidhi, a young woman who falls in love with a middle-aged tycoon, Devratha! Now, the series focuses on Sathyavathi to stop the engagement

In today’s episode we see Chithra requesting Sathyavathi to find out the ring asap. Vickram and Chithra leaves to bring Dev and Amba. The priest asks them where is the ring? Amba says to them that ring is with her. She kept it safe. Everyone gets relieved hearing it. Abhimanyu informs Sathyavathi that they find out ring. She reads the letter and gets emotional.

Amba requests Hariprasad to allow Vidhi to do this ritual. He assures to her. Vidhi gets hurts to hear it. When it Vidhi turns Amba says to her that Vidhi will be Dev’s sister after this ritual. Amba asks Vidhi to do it asap. Golden thinks that Vidhi is going to become a sister of her loving one.

She feels pity of her state. Vidhi hurts to hear it. Another priest stop Vidhi and says to him. He never heard about such rituals yet. Engagement might take place on time. Good auspicious time going on. If they don’t Exchange the ring on time then it’s will turn out a bad omen.

Amba says that she doesn’t want to do this ritual. Let’s perform the engagement asap. Later, Sathyavathi stops the engagement and clear to everyone that she won’t accept Amba as her daughter-in-law.

In the upcoming episode viewers will see; Amba will share to Vidhi that she is the soul reason for her humiliation. Her unnecessary love story ruined her life. Amba will challenge Vidhi to ruin her happiness as well as Dev.