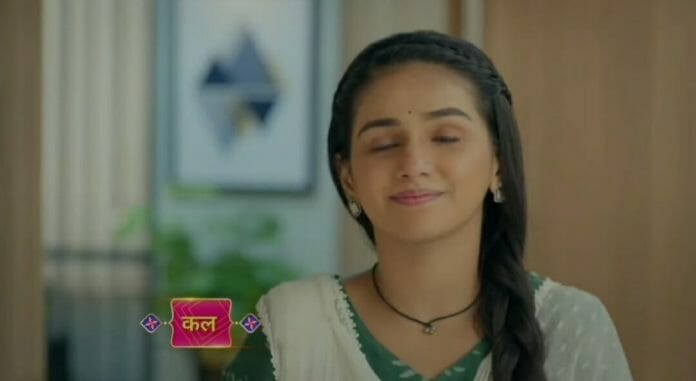 Na Umra ki Seema Ho is the newly launched show of Star Bharath. This show shows Vidhi, a young woman who falls in love with a middle-aged tycoon, Devratha! Now, the series focuses on Dev to appreciate Vidhi .

In today’s episode we see Dev sharing to Vidhi that Board members were angry on him. He doesn’t want to throw him in fire. He wants to be with Abhimanyu to increase his confidence level. He isn’t able to see him getting insulted in front of them.

He warns her that he won’t leave her if something happen like this and leaves. Meanwhile, Abhimanyu shares with Board members that he isn’t experienced to handle such crisis. He doesn’t have any other option then handle this. He asks them to eat the pizaa first. Dev is not ready to listen Vidhi.

She asks him Is he really Abhimanyu’s brother? Dev stops in his way hearing it. Priya mocks at Sathyavathi. Later, Abhimanyu tried his best to control the situation. Vidhi pleads with Dev to trust Abhimanyu and give one chance to him to prove himself.

Dev gets surprised to see Abhimanyu handling the situation well. He appreciates him. He gives all the credits to Vidhi.

In the upcoming episode viewers will see; Dev will appreciate his teammates for working well in such crisis. He will give special appreciation to Vidhi for organizing the team. He will thank her for encouraging Abhimanyu to handle such crisis