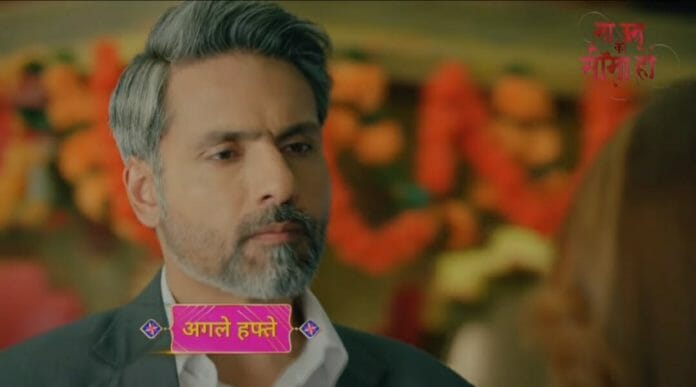 Na Umra ki Seema Ho is the newly launched show of Star Bharath. This show is about Vidhi, a young woman who falls in love with a middle-aged tycoon, Devratha! Now, the series focuses on Dev to reveal the truth

In the previous episode we saw: Vidhi demanded Dev to marry Amba for her happiness. Dev denied it. Vidhi fainted there he hold her on time. He agreed to marry Amba. Later, Dev asked Amba to marry him for Vidhi’s happiness. She expressed her happiness with her. He informed this matter to Satyavati in front of Amba.

After he left from there, Amba got excited and dreamt about her marriage with Dev. Later, Satyavati was confused with Dev’s words. Vidhi shared with her parents that she doesn’t want to snatch his happiness from Dev. He might marry Amba. Later, Amba reached to Vidhi’s house.

Dev came there and informed Amba he had a good news for her. Joshi found a drugs which cures Vidhi’s disease. Amba said to him it’s impossible. Agarwal said it clear with her. She was adamant to marry him. Agarwal came there and revealed to her it’s possible to cure Vidhi.

In the upcoming episode viewers will see; Amba to spills the beans in anger. She will realises that she blabbered the truth to everyone. Agarwal will inform to Vidhi’s parents that Vidhi is healthy. She doesn’t have any disease. Amba threatened him to say like that.

Everyone will be shocked to hear it. Dev will reveal his doubts with everyone. Amba will inform Dev that she loved him so he didn’t faced her another face yet. She will be determined to take revenge on both Dev and Vidhi.