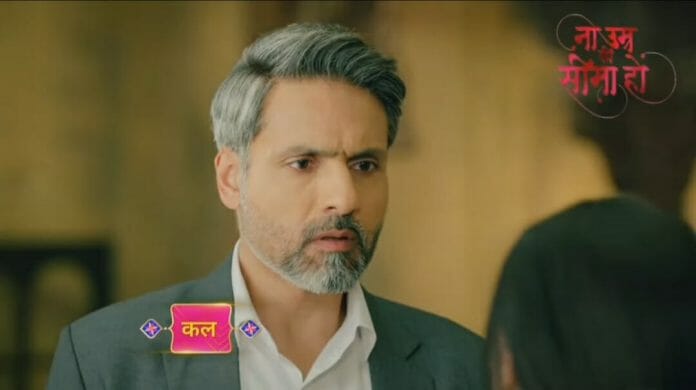 Na Umra ki Seema Ho is the newly launched show of Star Bharath. This show is about Vidhi, a young woman who falls in love with a middle-aged tycoon, Devratha! Now, the series focuses on Vidhi demands Dev to marry Amba

In the previous episode we saw: Amba tried to reveal the truth to Vidhi. Hariprasad interrupted her. Amba said to him that she can understand that they are hesitating to reveal the truth to Vidhi. So, she brought the doctor with her. He was a best counselor. He will deal with it well. The doctor revealed to Vidhi about her rare disease. Vidhi was shattered hearing it. She inquired her family why did they hide it from her and walked away.

Amba followed her behind. She lied to Vidhi that she won’t survive more than 3 months. She shared with her Dev will lead a loney life after her death. Indirectly said to her that she want to convince him get marry again.

Vidhi understood her words. Dev reached there. Vidhi shared her grief with everyone. She demanded Dev to marry Amba.

In the upcoming episode viewers will see: Dev will ask Amba to marry him. He will tell her that he want to do it asap reasoning Vidhi don’t have enough time. Amba will get happy to hear it. Later, Dev will bring Amba to Vidhi’s house. Satyavati and Abhimanyu will reach there.