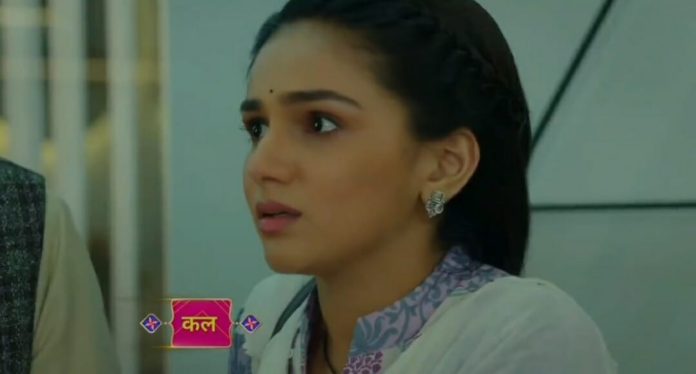 In the previous episode we saw: Urmila showed her anger on vegetable seller. Her husband asked her Isn’t she happy after she ruined Vidhi’s alliance. She said to him she would have felt happy if that Dev didn’t praised Vidhi there.

She added that she was disappointed with his offer. Later they noticed neighbours were talking with Hariprasad. Priest asked him how much he will get if he sell this gold reasoning he needs money for his daughter flight ticket.

She wanna join in work tomorrow. He asked him to fix alliance for her instead of sending her out. His brother brought Raichand office offer for Vidhi. Hariprasad didn’t heed to anyone and was adamant in his decision.

Later Bimla planned to change his mind. Hariprasad ended up arguing with Bimla. At night Vidhi assured to him she will never go against him and bring bad name to him. Hariprasad gave a nod to her to join in work.

In the upcoming episode viewers will see; Orphanage staff will share to Hariprasad that someone is there to show his love on this kids like the way his daughter Vidhi showing to them.

Later Hariprasad and Vidhi will reach to Raichand company and get surprise seeing the interior works. Dev’s colleague will notice them and question Vidhu how dare them to come here? She will demand security to throw them out.