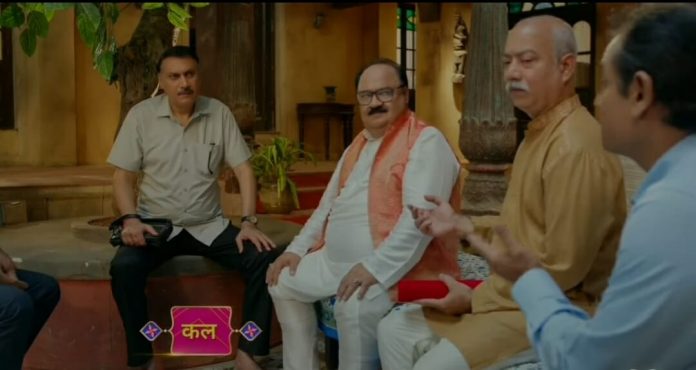 In the previous episode we saw: Dev found out Amba’s letter from his bed. Which shared how much she loving him and she was waiting for him 15 years. She determined to tie her hair after he entered into her life.

Later Mini met Nima’s family and gifted to them. She went to fresh up. Seema said that she was gifting them but they couldn’t gift her anything back. Vidhi suggested them to walk to school and save the money to gift her.

Later Ria mocked her husband pointing out his interest in cooking. His daughter showed family picture to them. Ria mocked him again after saw his sketch. Dev scold them for behaving like that in front of kid. He took her out for breakfast.

Vidhi saw Dev in resturant with kid. She wished to thank him and waved her hand at him but he ignored her. Later Vidhi lost her way but accidentally she saw her mom and ended up learning she was working secretly.

In the upcoming episode viewers will see; Hariprasad’s brother will inform to neighbours that Vidhi got a job offer from famous company but his brother didn’t send her. Vidhi and Nima will reach there.

Neighbour will advise Hariprasad to send her to work reasoning many people are craving to work in such big company but he is simply wasting the opportunity.