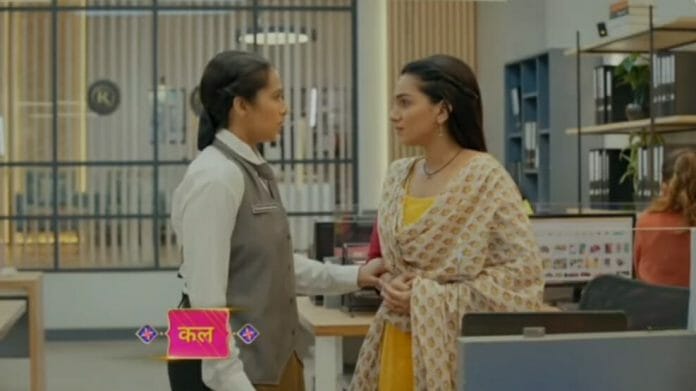 In the previous episode we saw; Vidhi recollected her moments with Dev. Later, Sathyavathi questioned Dev what happened to him? What did he eat yesterday? Amba came there with doctor to check him. Dev apologized to her for not attending housewarming function.

Sathyavathi appreciated Amba for bring doctor to check Dev. She demanded the doctor to do full body check up to Dev. Later, Vidhi hallucinated Dev near her. Employees made fun with her. Kanika asked Ananya to keep an eye on her. She was expert in day dreaming.

Meanwhile Doctor informed to Sathyavathi that he was alright he need rest. Dev teased his mom for over reacting. Vidhi missed Dev in office and visited his cabin. She immitated him there. Sangeetha thought that she was behaving strange.

Later Vidhi heard Kanika discussion with Yogesh about Dev. She felt guilty for his state. Later, Sathyavathi discussed with Amba about her marriage with Dev. She didn’t react to it. Priya heard Sathyavathi discussing about with Abhimanyu and threaten them.

In the upcoming episode viewers will see; Vidhi will hallucinating Dev near her. Dev will take dinner with Amba. Later, Sangeetha will feel Vidhi behaving strange. Vidhi will type I love you to Dev.