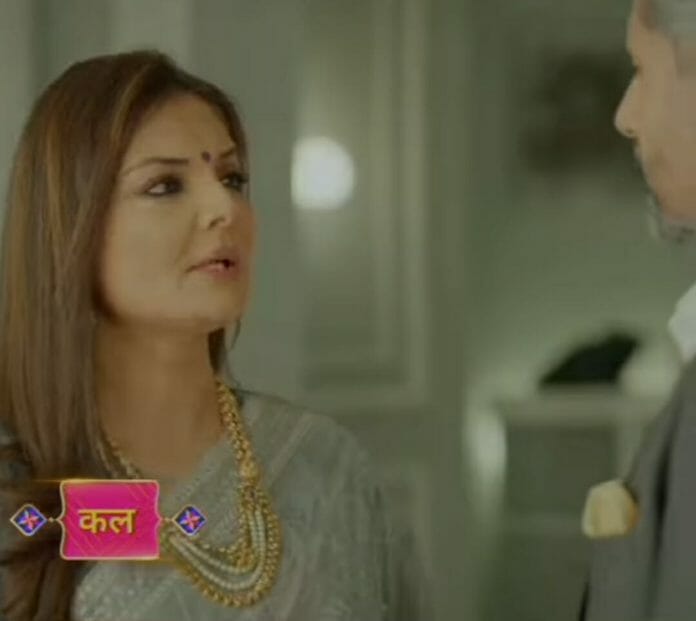 Na Umra ki Seema Ho is the newly launched show of Star Bharath. This show is about Vidhi, a young woman who falls in love with a middle-aged tycoon, Devratha! Now, the series focuses on Dev to convince Hariprasad

In the previous episode we saw: Pramod and Urmila tried to convince Hariprasad. Bimla informed to Hariprasad that Dev trying to cure Vidhi’s disease. He wanted to make her happy. They requested him to give permission to this marriage. Later, Vidhi worried about Hariprasad’s decision.

He said to her that he wants to make her wear the bangles. Vidhi worried about Hariprasad’s decision. Dev made her wore the bangles. Hariprasad gave a nod to her. Satyavati cleared with Abhimanyu that she was against Dev in Vidhi’s matter.

In the upcoming episode viewers will see; Dev will inform Satyavati that Vidhi will come here to take her blessings. Satyavati will tell him that he want to stop calling her as mom if he marry her. Later, Dev will clear with her that he wants to support Vidhi in this state. He will clear his intentions with his mom