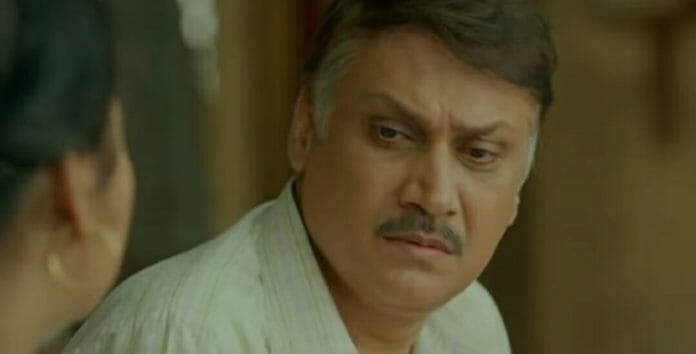 Na Umra ki Seema Ho is the newly launched show of Star Bharath. This show is about Vidhi, a young woman who falls in love with a middle-aged tycoon, Devratha! Now, the series focuses on Amba plots against Vidhi

In the previous episode we saw: Dev revealed to Satyavati that he decided to marry Vidhi and give proper treatment to her. Satyavati said to him it’s hard for her to see her son in pain. Dev was adamant in his decision. He said to her that Abhimanyu will take care of business. Later, Vidhi did pooja in temple.

They didn’t allow her to take prashashan. Vidhi was adamant to do it. She fainted there. Dev hold her on time. Hariprasad pretended to be angry with Dev. Dev kneel down in front of him and asked Vidhi’s hand to marry her. Satyavati stopped him but he was adamant. Later, Hariprasad took him from there alone.

Dev revealed to him that he was aware of Vidhi’s disease. He wanted to marry her and give the happiness to her. He was ready to take her to abroad for further treatment. Hariprasad apologize to him for insulted him. Hariprasad asked 24 hours time to think about it.

Dev shared his decision with everyone. Amba celebrated her victory with Priya. Later, Satyavati tried to convince Dev but he was adamant in his decision. Pramod and Urmila convinced Hariprasad.

In the upcoming episode viewers will see; Dev will take bangles in his hand. He will ask Vidhi will she wear this bangles in front of Milapini mom. It’s considering as he married to her. Vidhi will try to convince him that she needs her dad permission. Dev will make her wear the bangles.