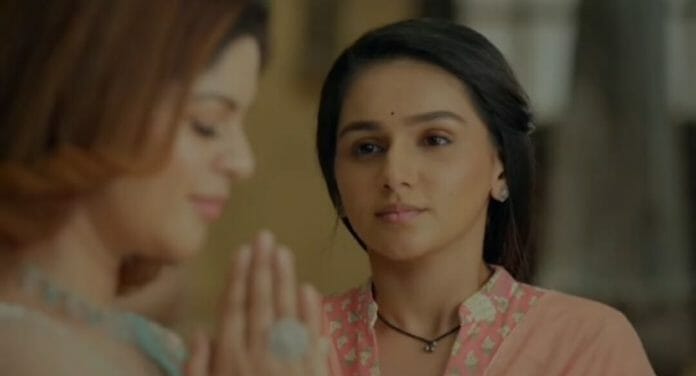 Na Umra ki Seema Ho is the newly launched show of Star Bharath. This show is about Vidhi, a young woman who falls in love with a middle-aged tycoon, Devratha! Now, the series focuses on Amba to gift a jewellery shop to Hariprasad

Meanwhile, Hariprasad says to Bimla that he shouldn’t shout on Vidhi like that? Her face turned dull. Bimla tells him that office has certain rules. They might follow it or at least informed to her before. Hariprasad disappointed with Dev. He asks Bimla to go to home he has work to do. Vidhi meets Dev and tells him it’s not him.

He is trying to be act like someone else. He shouldn’t have insulted her parents like that. This is not him and his character. She is aware why he is doing this all. She pleads with him to don’t try to act like that. It’s not suit to his character and leaves from there.

Dev thinks that it’s hard for him to act like that. Later, Amba visits the jewellery shop to buy a ring for her engagement. Jewellery owner insulted Hariprasad in front of her. She but the shop and gifted it to Hariprasad

In the upcoming episode viewers will see; Vidhi will grow suspicious seeing Amba’s care on her family.
Dev will ask Vidhi to help him write a apology letter for him. Vidhi will question him about that letter