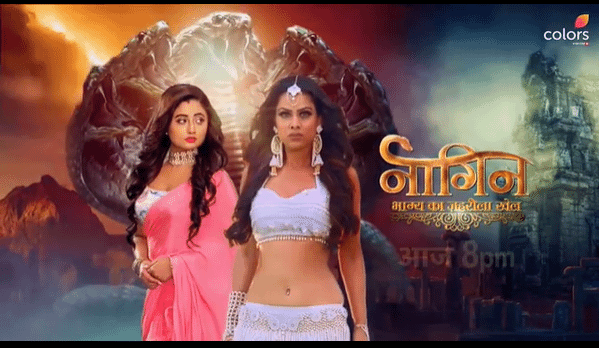 Brinda lies that everybody remembered Baa’s birthday but they didn’t wish her because the cake was late. Everybody blames Brinda for bringing the cake late. They sing “happy birthday” and cut the cake. Vrushalitells Brinda to leave and put the stuff in the car.
Dev informs Rohan that they are leaving to India since it’s Baa’s 75th birthday. Brinda’s mother comes to help her to put the stuff in the car and scolds her for submitting to the family like a servant and also remembers her that Rajat, Brinda’s fiancée, is about to come. Just then Rajat comes. Brinda apologizes to Rajat for making him wait but he isn’t angry and he asks her to talk to Dev and get his loan approved. Brinda tells him that it’s impossible because he has never met him and in fact Vrushali is so possessive about him that she didn’t even put any photo of Dev in the house to protect him from evil’s eye. Moreover according to Brinda, Dev isn’t even coming for the special pooja that will take place in the laal tekdi mandir.

On the other hand Nayantara meets her mother Manyeta in the temple. Vrushali is worried because Manyeta’s dead bodies haven’t been found and the rest of family assures her that they can’t have survived. Meanwhile Manyeta tells that the Ashshlesha Nakshtara is about to break and their wait will end, now they can avenge Keshav and his family’s death. She swears to kill Parikh family one by one. Nayantara says Manyeta that she will not only avenge her father’s death but will also take revenge for Manyeta’s pain as she has seen her suffering every single day. A pandit tells Vrushali that it’s AshleshaNakshatra and something bad might happen to Dev if he attends the pooja. Vrushali assures him that this is impossible since Dev isn’t even in India.

On the other side Dev and Rohan lands in India. Lilly, Minni, Manas, Hardik, Harsh plan to secretly change their route and go to party instead of going to the temple with the family so they convince Brinda to go in the car with Baa instead of coming with them without telling her about their intention. Vrushali sees the reflection of a big white snake on the glass window of the car and freaks out.
In the airport Dev says Rohan that he wants to meet Baa first and then do the other things so he decides to go alone while Rohan goes somewhere else. Vrushali is hell afraid seeing the snake and screams saying “she is back”. She recalls Manyeta’s words about her revenge. When she indicates the place where she had seen the snake, there is nothing there. Akash tries to calm her down and is confused so he asks him whom she is talking about but Iravati and Geetanjali takes Vrushali away before Akash could ask anything more. Brinda tells Akaash that the cyclone isn’t coming anymore so they should take Baa along them. The youngsters of the Parikh family make fun of her for being so attached to elders.

After a while Brinda overhears Manas saying “I love you” on the phone and thinks he is saying that to Kanika, his fiancée. But just then Kanika comes and scolds him for ignoring her. Brinda is confused and asks him who he was talking with. Manas warns Brinda to not talk about this to anybody or else he’ll not spare her. He says that he isn’t the good boy everybody thinks he is.
Kanika asks the others to make space for her best friend in the car and that friend is revealed to be none else than Nayantara who comes there in a hot blue short dress while “tareefaan” song plays. Everybody is mesmerized to see her. Hardik and Harsh’s parents think that she might be the best choice for their respective sons. Nayantara remembers her revenge looking at the Parikh family.

After a while, Baa and Brinda are in the car and Baa asks her to turn “Lamborghini hi chalayijaande ho” song on. The rest of Parikh family and also Dev are in their respective car and listening to the song. Dev looks at Baa’s picture in his phone and kisses it.
Brinda’sdupatta flies out of the window of the car and lands on Dev’s car. He grabs it and thinks that this can happen only in India. Baa says Brinda not to worry about the dupatta since it might have landed in her prince charming’s hands. Brinda says that she already has a fiancée so she doesn’t have to wait for any “Shah Rukh Khan” to come in his life.

Harsh tries to flirt with Nayantara but in vain. They all stop their cars for a break. Brinda gives them bottles of water. Manas gives her an indirect saying that he wants to be always loyal to Kanika. Harsh says that he doesn’t want a straight girl: he wants to get someone who’ll first reject him but then he’ll forcefully make her say yes; he looks at Brinda. Harsh asks Kanika about Nayantara and Kanikatells him that she’ll come with Baa and Brinda. Nayantara actually isn’t in the car with Baa and smirks looking at them leaving the place.

Later, Harsh, Manas and co. stops their car and asks Kanika about where is Nayantara. Kanika goes to check if Nayantara is with Baa and Brinda but she isn’t there and gets tensed thinking that they left her where they last stopped.Kanika gets a message from Nayantara saying that she got a lift so she breathes a sigh of relief and sits with Brinda and Baa while the others leave. Vrushali and the rest of the family reach the laaltekdimandir but a pandit stops them saying that they can’t enter in the temple since there is no spirituality in their hearts, just fear of past. He says that he has seen them somewhere so Vrushali says that they keep coming there. Baa, Brinda and Kanika reach there too and the pandit tells them that nobody knows who has founded this temple.

Vrushali asks Brinda where are the kids since they didn’t reach yet but Brinda has no idea. The guys have to stop their cars in the middle of the road as an old lady comes in front of them. The lady warns them to not go ahead or they’ll regret but they don’t take her seriously and make fun of her. Vrushali is worried about the kids but Akash says that they might be somewhere else partying but Brinda isn’t sure so she asks Brinda to go and find them. Kanika goes with Brinda.
On the other hand Harsh goes closer to the lady and then unmasks her: he removes her fake hair and it is revealed that the lady was Rohan. The latter tells them that also Dev is there but he is going directly to the farmhouse to meet Baa. All get worried since Vrushali doesn’t know about them being in India.

Dev’s car stops in the middle of the road and he thinks that his mother should not know that he is India. He comes out and wonders where he is; there isn’t even network. A black snake comes near his car and, after Dev goes to sit back inside, it lifts the car up making Dev shocked. Geetanjali wonders if Kanika found Manas and the others but nobody picks up her calls. Iravati is also scared by the atmosphere in the temple. Vrushali orders his brother-in-law to call Dev and ask if his fine. The brother-in-law is confused when he hears hindi voice mail and wonders if he is India. Dev is seen struggling to get out of the car. Meanwhile the pooja to get rid of the curse that is on Dev starts but everybody gets stunned and scared when suddenly a snake comes out of the fire. They all rushe to hide themselves.(Episode ends)

Precap: Brinda falls on Dev. Nayantara does belly dance in a party. Dev has encounter with snakes.