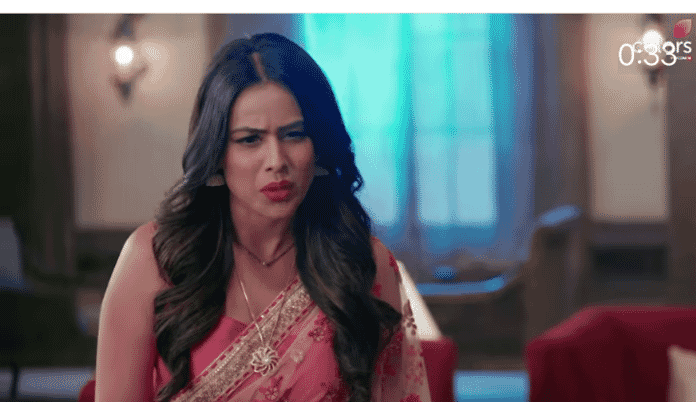 Makers of Colors TV most popular supernatural show Naagin 4 are all set to give a whizbang ending to the storyline of the fourth season bringing a major drama in the last episodes. Viewers are ready to get hooked to their screens and witness some great twists and turns as well as the unrevealing of the mysterious Laal tekdi secret.

Earlier it was seen that Swara came to know about Shalakha’s intention to take Dev’s soul out of his body and wanted to tell about it to Brinda but failed. Shalakha used the vial in which there is part of Dev’s soul to control his actions and ordered him to kill Swara. Dev killed Swara in front of Brinda’s stunned eyes. Shalakha failed to take Dev’s soul out of his body completely because before dying, Swara put a locket with “Om” symbol in his pocket, and thanks to the latter even the soul that was in the vial went back to Dev’s body. Brinda is shattered and, unaware of the truth, she seeks revenge from Dev and his family.

In the upcoming episodes Brinda will be seen telling Dev that dying by her hands is his family’s karma and nobody can change this karma, not even him and not even the one writing their destiny. She will be shown transforming into half Naagin and biting Hardik on his wedding day and a shocked Dev too. She will kill the Parekh family. In Laal Tekdi Mandir, Brinda, Shesha and a new Naagin (played by Hina Khan) will do Tandav.

Why have all Naagins come together? What twist will Hina Khan’s entry bring? Will Dev and Brinda clear the misunderstanding that has created a rift between them or will Dev die?

All your questions will be answered in the upcoming episodes. To know what is going to happen next in your favourite serial Naagin 4, keep watching the drama and stay tuned to this space for new daily updates.