The episode starts with Jay and Veer leaving Bani’s house. Ritu scolds Bani for the way she behaved with Veer. However, she is just excited for Meera becoming Singhania’s daughter-in-law. She refuses to listen to Meera’s opinion.
Later, Bani goes in Meera’s room and confronts her about accepting Veer’s proposal.

Meera reminds her how Ritu had caught them reading fairy tales in childhood and burnt all her books of fairy tales saying that dark skinned girls shouldn’t dream all this. She doesn’t listen to Bani because she is sure that Ritu won’t let her back off from marrying such a rich person. Bani feels very angry. Meera says that her opinion doesn’t matter. Bani leaves.

Someone knocks at Singhania’s mansion door. Veer goes to open the door and sees Bani there. Bani says that she won’t let the marriage happen. Veer asks her to come in. Bani walks inside the house and feels weird as she has flashes of Cheel from past birth. She looks around widening her eyes and touches the wound given by Veer’s claws.

Veer asks Bani if she is jealous of her sister. Bani asks how he dares. Veer says that she didn’t let him daring anything. He tried getting her but she didn’t give him chance so he sent proposal for her sister. Bani grits her teeth and clenches her fist angrily. Veer says that hotness increase wherever he goes because he is hot and asks her to calm down while he goes to take water for her.

Bani transforms into snake and hits a table with her tail. Balwant hears noise and comes downstairs asking who is there but finds none. Veer comes and says that his moon had come but left hearing his voice. His cousins pulls her leg because the girl he is behind to, isn’t considering him. Shukla tells Balwant that everyone, including Naagin, died in blast. He is happy and says that they have to find Adhi Naagin now.

Bani goes outside and finds Jay there. Jay knew that she would come there to confront Veer. Bani is very angry, so Jay gives her a bottle of water. When she holds the bottle, their hands touch and they get flashes of past birth. They open their eyes at same time. Bani says that she saw a village and asks Jay to take her there. They sit in car.

Baba and Saphera understand that time has come but decide not to interfere.
Jay and Bani are sitting in car but don’t know where they should go. Bani says that she felt the same way he felt that day. Suddenly they see an old man in front of them and Jay stops the car. They wonder who he is.

On the other hand, Veer tells his cousins that he is going to marry Bani’s sister but he knows she is jealous and won’t let the marriage happen. Balwant says that he can marry and celebrate suhaag raat as he wishes but not get involved with any Naagin. Veer is sure that Bani is an ordinary girl. He corrects himself saying that she is magic. Balwant forbids him from going outside.

Meanwhile, the old man tells Jay and Bani the way to the village they are looking for and say that they cannot continue more ahead in car. He says that, if they are permitted, temple will appear in front of them. He bows down in front of Bani welcoming her back. Bani and Jay are left confused.

Jay and Bani reach the end of the path and temple appears. They see it. Baba and Saphera understand they have come back and Baba thanks Mahadev for bringing back Adhi Naagin and her companion. They decide not to tell anything to them since they have to discover themselves. The door of temple shuts and they leave.

Jay and Bani stand in front of temple and can recognize it. They hold hands and enter inside. They have visions of past. Bani says that she have been there earlier too. Jay says he too has been there with her. Bani looks at him. They have flashes. Bani smiles. Both have teary eyes. They walk ahead.

Veer reaches the spot where Jay’s car is parked. The old man who had talked with Jay and Bani see him as he comes as a Cheel and tries to leave. Veer thinks that Balwant cannot cage him and thankfully he had asked Daksh to follow Jay’s car. He stops the old man and asks him if he has seen a girl and a boy. The old man indicates the way where the couple went. Veer asks what they were searching. He lies that he doesn’t know. Veer leaves.

The old man transforms into snake but Veer grabs him saying that he had smelled that he is a snake only. He transforms into human being and reveals that the two went to the mysterious temple.

Jay and Bani feel weird and decide to come there another day but the door shuts. Bani says that the temple want to tell them something.

Balwant and Shukla see the weather changing. Shukla asks Balwant if Veer is home only. Balwant says that he is home only since he didn’t let him go anywhere today. However, Veer has reached the temple and landed outside. He wonders what place is that.

Bholenath appears in front of Bani and Jay. They bow down in front of him. Bholenath asks them to come in their real avatar after which he will tell them about their past. Jay is confused and wonders how God is talking to them in Kalyug.

Bani says that some things are beyond explanation and Bholenath can tell them what’s their connection and who the people they see are. She says that she needs to please Bholenath in her real appearance. Jay asks her what she is going to do. Bani says that he might get scared seeing her but he should remember that she won’t harm him.

Bani and Jay start doing tandav together. Bani starts remembering her past. She remembers everything till Hridhey’s death. She shouts his name. Jay looks at her and shouts Nageshwari’s name. He rushes to her and holds her.

They hold each other’s hands looking at each other with a smile and wet eyes. They recall Hridhey and Nageshwari’s moment. They understand their connection: they are Naag Naagin who were separated in Satyug. They hug each other and remember everything.

Jay and Bani have understood that Veer is Akesh only and say that they will write a new story now, with a new different ending. They bow down in front of Bholenath.

Bani and Jay come outside of the temple and see Veer. Bani says that their enemy is in front of them and decides to kill Veer now but she remembers Bholenath telling her that she cannot attack a Cheel first but just defend herself.

Veer gets up and feels weak. He cannot see the temple. He is feeling weak as he has lost his powers. He understands sun is having this effect on him which means that his father was right. He flies away. Jay and Bani look at him understanding that he is the Cheel.
Episode ends

Precap: Shukla tells Balwant that Veer just entered in his room and has locked himself there. Balwant says that a Cheel does that only after exposing to the sun to get back his powers. On the other hand, Bani swears to end the story started by that Cheel. 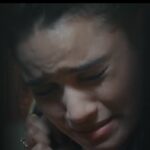 Pandya Store: Anita to get caught? 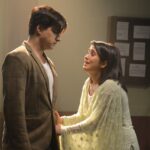 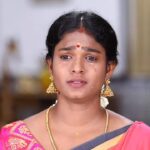 Yaaradi Nee Mohini: Vennila will be stubborn in her decision 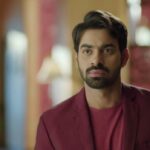 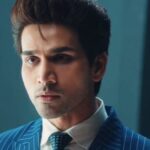