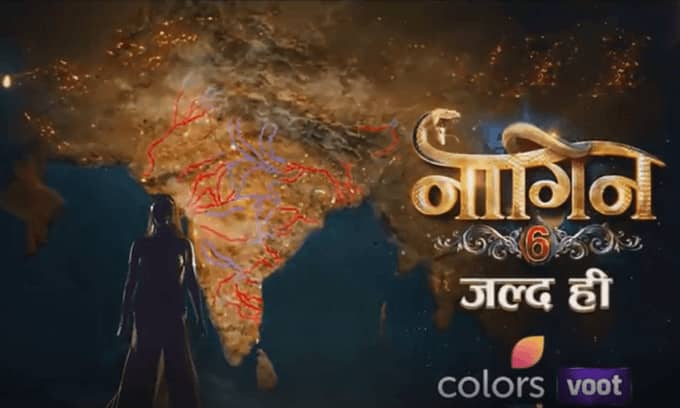 The episode starts with In the 2019 year, Pandit, Buddhis, and Aghoris are discussing among themselves  why the professor called them and what’s is going to change. Every 100 years the world is going to change and this meeting is needed. Professor comes to the meeting and tells everyone world is going to change in 2020. They don’t believe him. Professor tells he is telling what he saw. Lady Astrologer asks what he saw. Professor says calculation showed the danger and I went to the temple where the secrets are hidden and the tiger is about to attack me but Naag devatha saved me and I saw in the temple that we are going go to face the problem.

At the lab, scientist shows the powerful liquid to foreigners they prepared to attack Bharat. Everyone leaves the discussion without listening to the professor’s words. In 2020 Rival country people mix that liquid in river water and people who uses that water falls sick and it’s become epidemic. In Jan 24, 2020 Aghori and others meet Professor and asks what he saw in temple and how to stop this epidemic. Professor says I saw amruthamadhan and I asked Naagin who will protect us. Saints asks who will save them. Professor says Ichaadari sesh Naagin who resides near Neelgiri shiv temple can save us and she will come to take revenge for country not for hers. They asks how to call shesh Naagini as it’s tough. Professor says he will call the sesh Naagin with help of worlds best snake charmers.

Snake charmers try their best to call Naagin. Snake’s attacks them. Professor says she didn’t come and send her servants to attack us and he thinks snake charmer failed then he notices the image and tells two things can bring her here one is Shiv Ji and other one is the soil of mother land. He holds soil and asks snake charges to play then Naagin comes out. Professor and his team feel happy. Naagin asks why they called her. Professor tells she needs to take revenge of country and there are 20 traitors who are the reason for lakh of people death and Sesh Naagin is needed to control it so you have to come to kill them to find the antidote.

Pratha tells I’m Naagin who came to take revenge. Her Dad asks her tell with feel. Pratha tells who will tell these lines and today is first day of my job and I will take you to trip after getting salary. Her dad says these are small dubbing assignments and reminds her about her alliance with Mayank. Professor tells Sesh Naagin that you can’t see the traitors faces like before and this time you have to find 20 traitors to take revenge. Professor sends message to defense officials about the danger to the nation.

Rishabh saves the kid along with the flag. Officials praise him then they discuss about pandemic and asks him why he look familiar. His Dad tells he is Guljal grandsons and my son who is serving nation like his grand father. Eve teasers tries to tease Pratha but they stop seeing Naagin. Naagin sends Pratha and leaves with those boys saying she will send where they should have go. Pratha tells her dubbing. Another side Naagin beats those eveteasers. Pratha gets her pay.

Security won’t allow the professor’s men inside and he runs and tries to give Rishabh the paper of message when they are leaving in Jeep but Rishabh gets half message as the guards holds the men. Rishabh sees the paper that the country is in danger and to save it. Professor men runs to escape from security and he asks Pratha for a place to hide and he hides the remaining message in Pratha’s bag. Rishabh sees them but fails to catch him. Professor men gets hurt. Police tell Pratha that there is escort business happening in the building you’re coming and we know that you came for dubbing but you need to come to the station to give a statement. Puneeth tells Bhooth stories. Dadi asks why he is telling Bhooth stories in marriage house. Risabh returns to house and tells them he was busy at work. His Dad tells country is first and you’re following your grandfather steps joining military. His younger son tells he is following his steps marrying the girl he chose for him. Dadi tells them they have to go to the temple for pooja.

Pratha on call tells someone what happened at dubbing center. Her Dad comes to room and tells he feels she will get good job. Pratha asks why he talks like astrologer sometimes. Mayank calls Pratha and she tells him she will call him later. Her Dad asks if she likes him. Pratha tells job is important to her. He asks her to visit temple for good news. She denied but leaves to temple after getting the call. At temple Pandit tells story. Ritesh mocks his story but Risabh stops him Ritesh says Mom loves Urvashi that’s why she is getting us married to her daughters. Seema meets Urvashi. Professor tells Naagin that she will meet the traitor in correct time. Seema asks Urvashi why her daughters didn’t came. Urvashi tells they are busy in wedding works. Seema tells this temple is famous for couple and if they perform pooja together then they will be destined for 7births. Pratha and Rishabh performs pooja in the same time. Pandit sees Pratha hands and tells she will change the fortune of people for good. Pratha tells helping his Dad is enough to her. On the way, Rishabh and Ritesh meets with an accident seeing snake and they shouts for help when they falls off cliff edge. Pratha tries to help Rishabh holding his hand but Rishabh hand slips from her hand and he falls down. Pratha gets shocked.