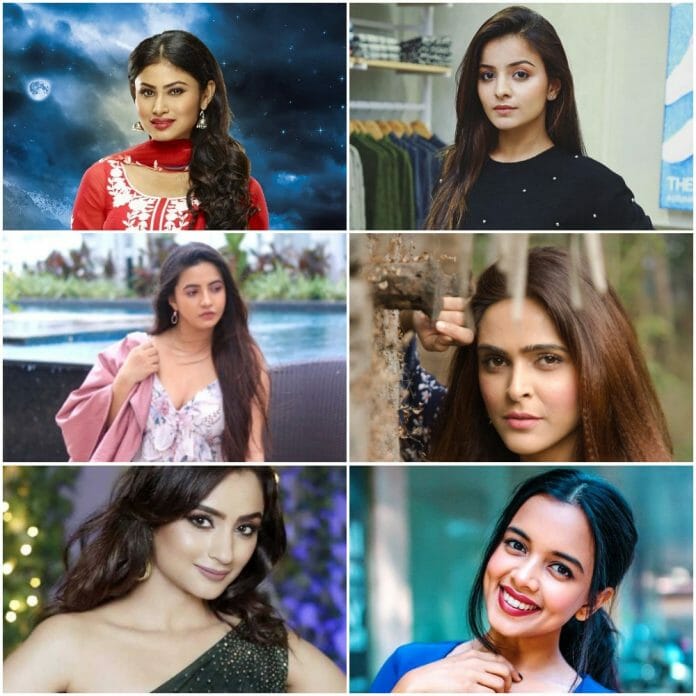 Majority of the fans voted in the favour of ‘Mahima Makwana’. Actress was last seen in colors show ‘Shubharambh’. Mahima made her lead debut with Zee show ‘Sapne Suhane Ladakhpan Ke’. She earned fan base by playing the character of ‘Rachna’ in the show. Makwana is all set to make her Bollywood debut with the movie ‘Antim- The Final Truth. Actress will be seen in the character of Manda. The film also stars Salman Khan in the main lead. And when Ekta revealed Khan knows the actress too, fans talked about Mahima being finalized as next Naagin.

While, few fans guess its Mouni Roy again. Mouni hit the screen as Naagin already. Roy will be back to play the similar role, well it will be wait worthy!

Apart from Mahima and Mouni TV industry has few more actress with the initial ‘M’; here we bring you the list guess lead!

Actress Meera Deosthale is one of the popular faces. She was last seen in colors show ‘Vidya’. Deosthale might fit as lead in the show.

Ever since she marked her presence in Bigg Boss 13, Madurima too is one of the talked name of the industry. Tuli can get Ekta’s attention to play a role in ‘Naagin 6’.

Last seen in Zee TV show ‘Apna Time Bhi Ayega’, Ray is a performer and can act well in the supernatural series like ‘Naagin’.

Why not, ‘Siya Ke Ram’ fame Madirakshi earned separate fan base by acing the character of ‘Sita’. She too can fetch audience attention for her stint in ‘Naagin 6’.

Few reports read that Bigg Boss 14 winner and diva Rubina Dilaik is the main lead of Naagin 6. To know more you have to wait till 30th January 2022, as show will premiere on this date.