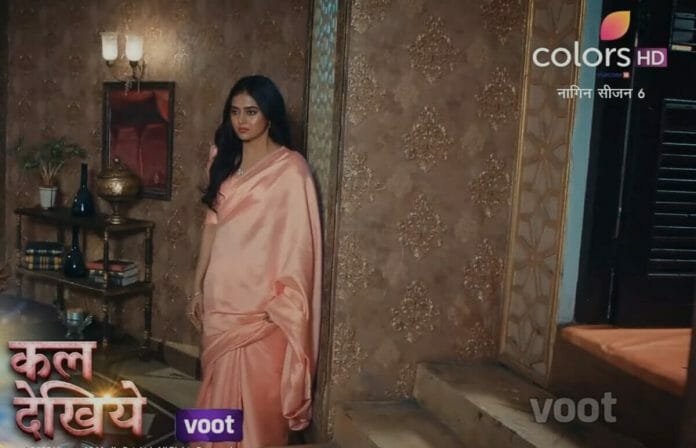 Color TV popular show Naagin 6 is witnessing an interesting track where Prathna realizes her mistake.
As reported earlier, Prathna realizes Rishabh and Rudra are innocent all along and learns Rudra’s parents are involved with Zain. She confronts them. Zain tries to kill Prathna. Pratha stops him then they defeat him. Prathna kills Zain.

Later Prathna feels guilty and tries to abandon her Shesh Naagin powers but Pratha stops her by telling her their country needs Shesh Naagin and they have to find the culprit behind Rishsbh’s state. They return home. Anmol asks them to perform Mansa Devi puja for her.

They agree. The next day they go to the temple and perform puja. Pratha asks Prathna to reveal all the truth to Rudra. Prathna agrees and searches for him. She hears Sanjana is having deal with a person who is responsible for her dad’s state.

She confronts her to know about that person but Tara saves Sanjana. Later Pratha and Prathna get shocked to learn Rudra is getting engaged to Anmol. Prathna confronts Rudra. Rudra tells her he learns how she married him for revenge and he breaks his marriage with her. Pratha asks Anmol to not ruin her sister’s life.

Anmol says you care for your daughter, not me. Pratha gets shocked. Anmol says don’t get shocked as I learn that I’m your not daughter through Urvashi and you can’t stop this engagement.

In the upcoming episode, viewers are going to witness Pratha will change herself like Rishabh and goes in front of Tara and Urvashi to catch the culprit. Pratha tells Prarthana that she had met Urvashi and Tara in Rishabh’s avatar. She sees someone who attempted to kill Rishabh.

Who is behind the professor’s murder? Who stabbed Rishabh?
All these questions will be answered in the upcoming episodes.