Vijayendra Kumeria was seen as Dev Parikh in the fourth season of popular supernatural thriller “Naagin: Bhagya Ka Zehreela Khel”. The finale episode of the show was aired on Saturday (August 8). And the actor says working in the show was totally different from what he has done before.

“It was a wonderful experience working for Balaji and the biggest franchise ‘Naagin’. I enjoyed a lot, learned a lot of new techniques from the director and made a lot of new friends. It was different than whatever I have done before. This fantasy fiction was new for me, did a lot of Croma, so overall, it was a very nice experience with no regrets,” he said.

The show also featured Nia Sharma, Jasmin Bhasin, and Rashami Desai, and the actor says he had a good time working with them. Talking about the chemistry he shared with his co-stars he said, “I did a lot of scenes with Nia and the chemistry was also appreciated and it was very natural. Rashami also came in just for few episodes in the end but she did a fabulous job. Unfortunately, I did not get much time to work with Jasmin but I knew her since ‘Udaan’ time, as we did a Mahasangam episode, so there was a good comfort level with her also.”

Vijayendra made his small screen debut with “Chhoti Bahu” in 2011 and has been a part of shows like “Tumhari Paakhi”, “Shastri Sisters” and “Udaan”, to name a few. He says every character that he portrays on-screen is a hero for him but asked if he is open to playing a negative character on-screen, he said, “I don’t want to do a cliche negative character, because that is something I don’t relate to. And right now I don’t want to do something like that but anti-hero or grey characters who are the protagonist that is cool.”

The actor has been part of the industry for almost a decade now but has not been a part of any reality show. He said TV kept him busy all this while, and added, “I am little choosy when it comes to reality shows, also right now I am really enjoying the space in fiction and acting is something I like to do, so maybe I will explore reality shows a little later.”

And what about “Bigg Boss”? “I really believe in never say never, but right now I don’t think even if I am offered ‘Bigg Boss’ I will take it up because I want to concentrate on fiction, and acting be it on TV or web, that is what my area of interest,” he said.

The actor was sporting a beard for his show “Naagin…”, and as soon as he wrapped up the shoot he got a clean shave done. He says it’s an off-air ritual that he does after every show and added, “There is no specific reason. It’s just that I just get bored of my beard and I want my skin to breathe and it feels a little neat, clean, and groomed. So when I am not shooting and there no specific look that I have to maintain, I get a clean shave and I like this look,” Vijayendra signed off. 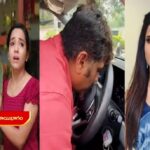 Intinti Gruhalaxmi: Nandu gets into an accident 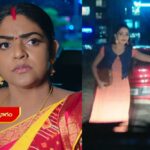 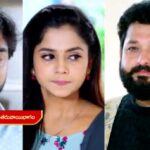 Guppedantha Manasu: Vasudhara asks Rishi as to why he is soo interested in her...