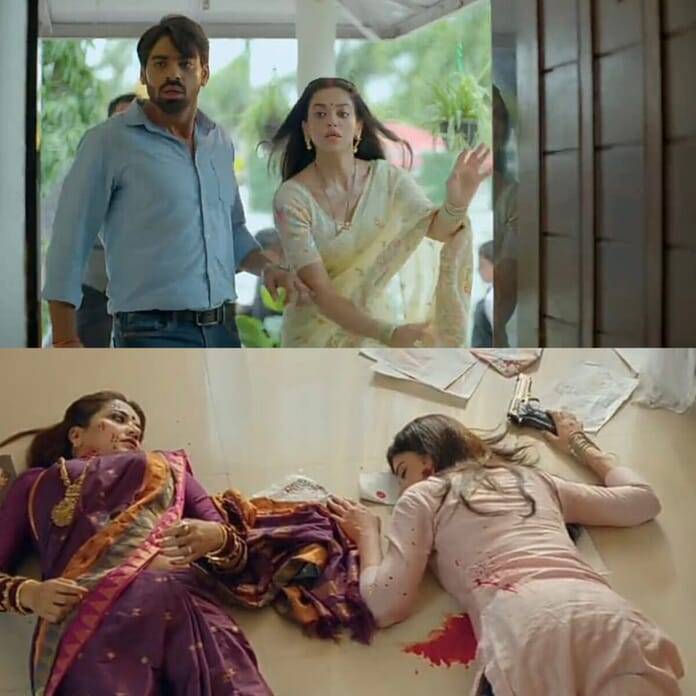 In the previous episode Satya changed Iravati’s pendrive. Iravati called everyone and told now she will prove to Satya is the murderer. Yug told Saroj and Rupa to go inside as they might not be able to watch the video. Iravati played the CCTV footage and they hear some noise. Kahani and Yug told they cannot hear anything. Suddenly the light goes off and Yug told Gunjan to check other rooms and he takes Raunak with him to check the fuse. Iravati got scared watching Satya on TV telling she will get her murderer punished.

Iravati told someone changed her pendrive and blames Kahani. Rupa and Saroj told Kahani was tied in her room. Iravati brokedown and told someone is trying to frame her. Police informed them that Kahani’s body is missing. Iravati got scared that if she really saw Satya’s ghost. Ravikant asked Yug where is his other daughter. Satya hugs Ravikant. Flashback showed Yug shooting videos of Satya threatening Iravati. Yug told soon Iravati will tell the truth herself. Ravikant thanked Yug and tells he should have done all this.

Iravati is trying to sleep but she keeps listening to Satya’s voice. Satya told Iravati she will take Iravati with her. Iravati woke Ravikant and told him she is listening voices. Ravikant told Iravati to sleep there is no one. Iravati started getting scared and came outside. Kahani kept scaring Iravati by telling she will kill her. Iravati shouted she will kill Satya again like she killed Nishikant years ago. Kahani told Saroj she told her that her life was not waste,her husband did not leave her for a dancer but it was all Iravati’s doing.

Yug told all this was his plan. Satya praised Yug for helping her even after knowing everything. Kahani told Iravati today she lost. Iravati told she won’t loose so easily. Yug tells Kahani to call the police. Iravati told there is still one thing no one knows and that is Nishikant’s location. Iravati told to give entire property to her if they want to find Nishikant.