Star Plus supernatural show Nazar is seeing some major points these days in their story line. Earlier it’s seen that Ansh and Piya plan a jungle date for Naman and Saanvi to get them together. But their plan flops when they have an encounter with man eaters. Now it will be seen that they manage to escape the man eaters called Van Vedhals and finds Mohana in asylum.
In the previous episodes it’s seen that Ansh and Piya pretends that the vehicle has coolant dried up and sends Saanvi and Naman to jungle to find a shop for coolant. However it turns disastrous as Naman and Saanvi meets the man eaters in jungle. On the other hand Mohana tries proving that she’s Ayaan but couldn’t and gets furious. She creates a scene in hospital. Dafli too goes missing while playing hide and seek with Adi and Pari. Later the man eaters keep a condition Infront of Ansh and Piya to either be their friends or enemies.
In the upcoming episodes it will be seen that the man eaters called Van Vedhals capture all the four and asks them to become like them or die. They denies doing so and the Van Vedhals starts attacking them. In the meantime a disappeared Dafli moves from one place to another and the family couldn’t find her. However Naman gives an idea to chant prayers and it works and they all escape. Later Saanvi gets caught but Naman saves her risking his life. Later Ansh and his family tries trapping unstable Mohana with fake affection.
Why Ansh is manipulating Mohana? Are the Van Vedhals no more at the back of them?
All these questions will be answered in the upcoming episodes.
To know what will happen next in your favorite show Nazar , stay tuned to this space. 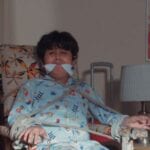