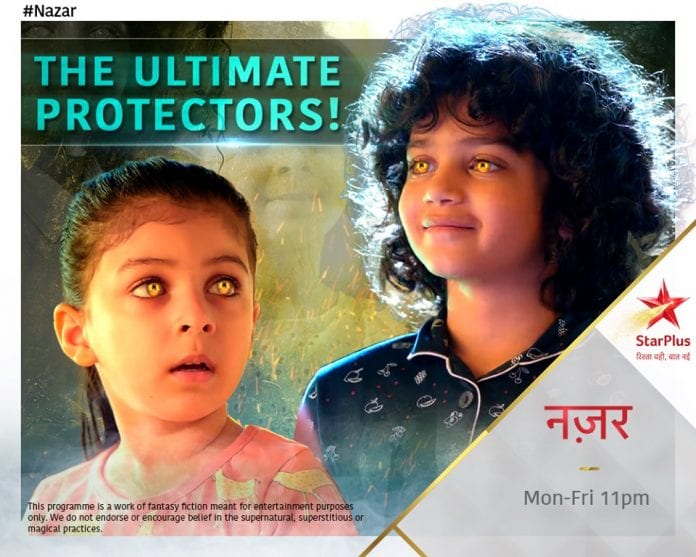 Star Plus supernatural show Nazar is seeing some major points these days in their story line. Earlier it’s seen that Piya wants to stay as Visharika and doesn’t want to be a Daivik anymore shocking Ansh. Now it will be seen that Ansh tries stopping his marriage but Piya foils all his plan much to his dismay. Later Mohana turns back into an Ayaan again.

In the previous episodes it’s seen that Ansh and the family gets shocked by the sudden move of Piya. Piya selects a groom for herself while Ansh selects a bride for himself too in jealousy. Ansh question Piya for her decision but she behaves indifferent. Ansh scares the groom away but he returns back and makes a shocking announcement that ee will get married to Piya before Ansh. Later Ansh confront Piya for her decision while Piya says that she likes to be Visharika more than Daivik shocking him.

In the upcoming episodes it will be seen that Ansh locks Piya with handcuffs to stop her from turning completely into Visharika. However Piya easily gets released from it and spoils all of Mohana’s medicine. Mohana on the other hand recalls her past again but the family feels helpless as they don’t have any medicine to calm.

They successfully manage to divert her mind while Ansh and Piya starts with the wedding proceedings. Ansh and the family tries stopping the rituals but Piya foils all their plan. Later Nishant attacks Mohana but Ansh comes in between and gets hurt. An angry Mohana turns back in to a Dayan.

Is this any Plan of Nishant and Ansh to save Piya? Will Piya kill Mohana once she turns Ayaan?