The episode starts with Anu and Ramya discussing about Subu and Pushba. Later Pushba comes back home. She’s tired due  traveling standing in bus. She realizes how difficult is Subu’s work and feels bad for him. Pushba and Subu have an emotional conversation regarding their respective tasks they have to do on a daily basis. They feel proud of each other for being able to such difficult task daily.

Surya is kidnapped and tied on a chair. He is surrounded by few men whose faces are covered by a handkerchiefs. Surya shouts asking to come out the person who had kidnapped him. Surya says he’s not at all afraid of them nor their boss. Surya asks Pankaj to come out. He laughs.

Mansi says to Chandra that she saw Surya wearing T-shirt and driving scooter, but Chandra refuses to believe her. Later Chandra tells the same to Sharda and laughs. Mansi says she saw Surya with a girl. Sharada says then it mustn’t be Surya. Chandra teases Mansi saying she should check her eyesight.

Sharda says she must have seen someone who has resemblance with Surya. Mansi is certain that she saw Surya. Sharda says she can believe that she saw Surya in T-shirt driving scooter, but she can’t believe that he was with a girl. She adds she will be delighted if what Mansi says was true and prays to Goddess that Mansi’s words to be true. Mansi angrily leaves the place.

Ragupati enquires Sambath if Anu has gone to meet Surya. Sambath says she has gone to college to return library book, noting else. Ragupati laughs. Later Ranjini taunts Anu and her parents. Ragupati says Subu will regret for not listening to him when everyone will badmouth his family.  He speaks ill about Anu, which angers Sambath.

Pankaj comes out and stands in front of Surya, who asks how was his acting. Pankaj signs the men to leave them alone. He asks Surya to be serious, as he’s life in danger. Surya says Pankaj started this game by kidnapping him in a filmy style. He felt like seeing the Pankaj that he was before and he liked it.

Pankaj sarcastically appreciates Surya for being able to escape by swapping his dress with pizza delivery person inspite of so many bodyguards. Surya plafully thanks him which makes Pankaj furious. Surya acts as if he got scared and pleads not to beat him. Surya asks Pankaj to untie him. Pankaj apologizes to Surya and unties him.

Surya says no one except Pankaj has the power to hold Surya. Pankaj says he had proved even him doesn’t have that power. If he had listened to him, they would haven’t been in this situation. Surya says he needn’t to be afraid. He had already he will go out when the necessity come.

Pankaj says the fact is Surya didn’t listen to Pankaj. He questions what’s the need to meet Anu by risking his life. Thankfully no media spotted him, in other cases, both their names will be in news headlines. Otherside Swamiyadi visits Surya’s house. 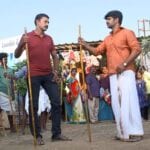 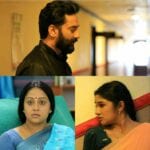 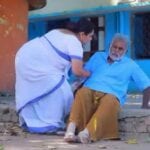 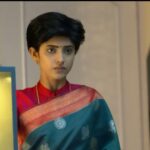 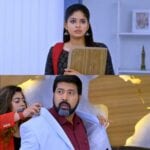