Neethane Enthan Ponvasantham and Suryavamsam are all set to see some high voltage drama in the show. Earlier it’s seen that Meera through Mayil reveals to Narayanan Anu’s true motive to stay at Annammal’s house. Now it will be seen that Annammal reveals in front of her family Sundaram aka Surya Prakash’s truth.

Previously it’s seen that Samantha gets to know that Anu is acting to get the land for her company. Anu explains Sam the reason behind her acting like that. Sam understands Anu and decides to support her. Krishna learns that Srinivasan went to Annammal’s house to live with Padma. Mayil and Meera reveals to Narayanan that Anu is an employee of Surya Prakash’s company. Narayanan decides to take revenge on Anu for cheating him acting as police.

In the upcoming episode it will be shown that Krishna will come to the land where Suryavamsam family is gathered to perform Boomi puja. He will create scene there and will cut all his ties with his son, Srinivasan. Annammal will get to know Sundaram is none other than the great business tycoon Surya Prakash and he’s acting as servant in their house to get the land. She will reveals the truth in front of her family throwing the magazine in which Surya Prakash photo was published. A furious Surya will blame Surya Prakash of betrayal. Anu will look worried.

Will Annammal understand Surya Prakash’s intention isn’t bad? What will happen when Anu’s truth will come out?

All these questions will be answered in the upcoming episodes. To know what will happen in your favorite show Neethane Enthan Ponvasantham, and Suryavamsam, keep checking this space. 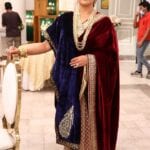 Television’s most versatile actor – Narayani Shastri to be seen in Star Plus’s upcoming...

February 27, 2021
Lately, TV shows have been striving to strike the perfect balance between various storylines. From modern-day family dramas to epic sagas and fairy tale... 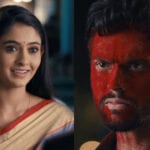