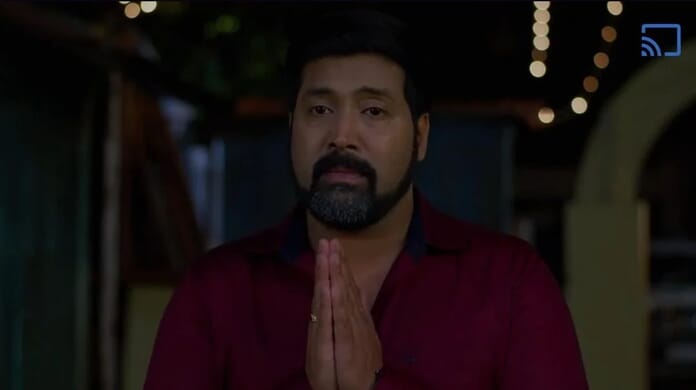 In the previous episode it was shown that Ragupathi planned to use Subu’s absence and pressurized Pushpa to get Anu married to Sambath. He called Subu’s boss to put more pressure on Pushpa and Anu. Ramya heard this and informed Surya about Raghupati’s plan. Pankaj wanted to teach Ragupathi a lesson, but Surya prohibited Pankaj to do anything now as Anu is angry on them and she will take it wrong. Ragupathi came to Pushpa and talked about Anu and Sampath marriage which enraged Pushpa. The latter lashed out at him and said him to get out. Subu’s boss also came and asked to either return the loan amount or to transfer the shop on his name shocking Anu and Pushpa.

In the upcoming episode it will be seen that Raghupati will say to Pushpa and Anu that Subu is dead shocking everyone. Puspa and Anu will refuse to believe it. Raghupati will show Subu’s bag and specs as proof. Everyone will question Raghupati how he got Subu’s things and why he didn’t tell about this before Raghupati will say what he witnessed. Anu and Pushba will be shattered. Just then Subu will come there shocking everyone. Anu and Pushpa will relieved. The trio will share an emotional moment. Subu will tell them what happened. Surya will come to Subu. Anu will apologize to Surya for misunderstanding him. Surya will shock Anu by saying to Subu there’s no more any relationship with him and Anu.

What will be Subu’s reaction? Will Subu agree with Surya decision?