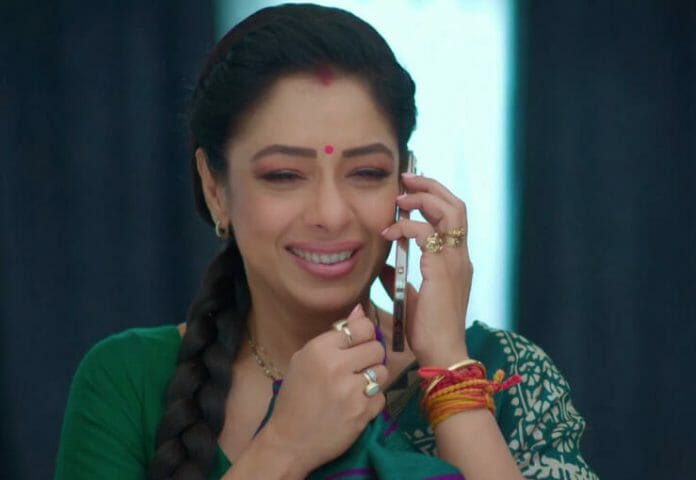 In today’s episode, Anuj says to Hasmuk that it is good he return. He says nothing is well. Anuj adds he is done and fed up of daily drama. He says he can’t take Shah’s drama more. Anuj says to Anupama that Shahs don’t belong to them and he will not take the drama more. He takes a resolution to make a fresh start apart from Shahs. Anuj says to Anupama that she is emotional and because of it they are on a road to get destroyed. He asks Anupama to let Shahs deal with their problems alone.

Anuj says he wanted to celebrate New Year’s Eve with Anu, Anupama but he is dealing with Shahs’ drama. He asks Anupama to stop giving her shoulder to Shahs. Anuj says to Anupama that it is high time she should take a New Year resolution to stay away from Shahs. He further asks Vanraj to take care of his family. Anuj breaks down. Adhik holds Pakhi’s hand and move out from the house. Hasmuk folds hand in front of Anuj. Vanraj takes Shahs away from Kapadia house.

Anupama asks Anuj if he is fine. Anuj nods. He says he vented out still he is upset. He asks Anupama to leave him alone. Vanraj says to Kavya that he knows she is upset with him for rejecting Delhi job offer. Kavya says to Vanraj that he made one decision and it’s time for her to make a one.

Adhik, Pakhi decides to make a new start. In the upcoming episode, Anupama vows to make a fresh start in a new year. Will Anupama be able to bring back Anuj and Shahs together? Keep watching the show for more drama.