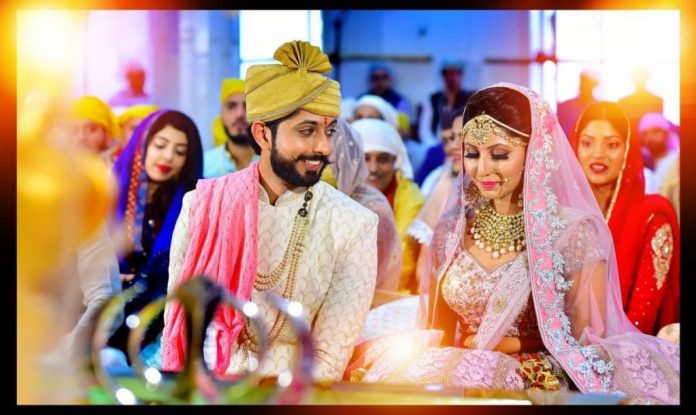 Actress Tanya Gupta tied the knot with her longtime boyfriend on April 5, 2019. 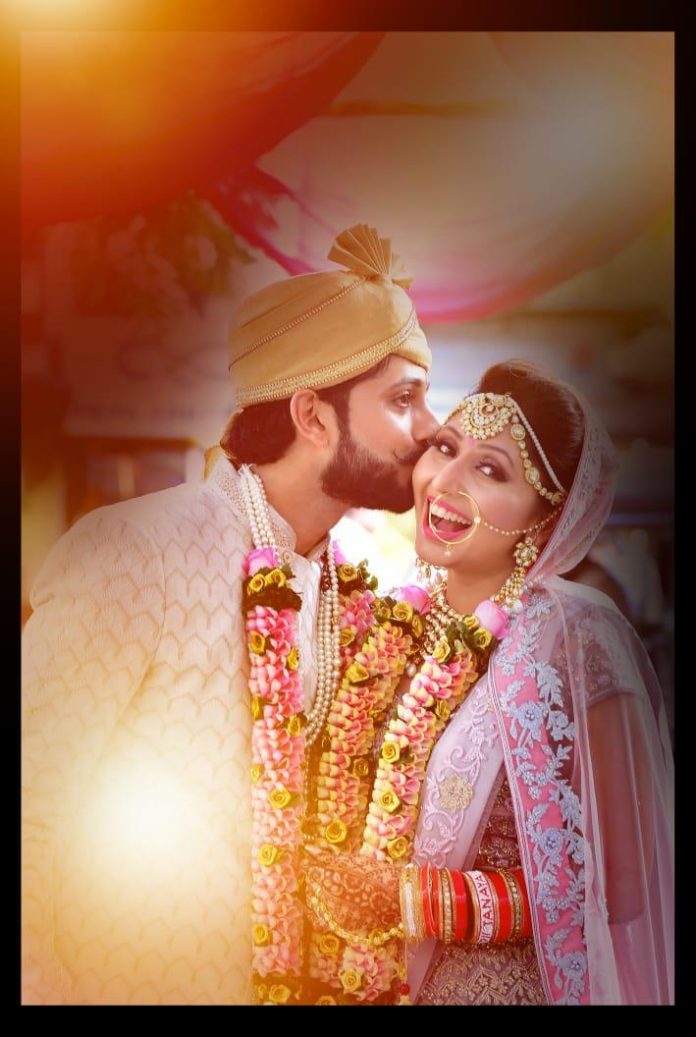 Tarak Mehta Ka Ooltah Chasma fame actress Tanya Gupta’s wedding day was the most epic day because right after the pheras, Tanya directly went to a bar in a bridal outfit and celebrated her special day in a special way.  Not only this, in talk with us actress quoted her full love story and revealed ‘How it all started’ Check Out!

It was a bright sunny afternoon where I was sitting in a cafe. By chance I happened to download the app called Happn and when I started using it, I got stuck on one picture. I just felt that I needed to talk to him. In a couple of hours we started talking endlessly. When we met for the first time in a coffee shop I just couldn’t stop taking and didn’t realize how long it had been until it was closing time. As soon as I came out of the cafe, I called my best friend and told her I can completely date him.

Little did I know that I had already fallen in love with him and within a couple of months I confessed my love for him.

He took time though to confess his love but eventually he did and when he did, he proposed to me in Maldives. It was a complete surprise for me. I thought it was a shoot and while posing for the camera I suddenly see him down on his knees, there were tears in my eyes. I was so dumbstruck that when he was proposing to me, I could not hear a word. When he said “say something”, all I could say was “of course” and hugged him. It was beautiful. I felt like a little girl who waits for her Prince Charming and it just came true.

Soon after that we got married in a Gurudwara and it was really beautiful and serene.

Right after the pheras, the most epic thing happened. From the gurudwara, I directly went to a bar in my bridal outfit and danced the night away!”

Without a doubt, actress journey is full dreamy and currently she is enjoying her martial life.

Tanya has also shared some beautiful pictures from her Maldives Proposal and wedding day. Don’t forget to check them too! 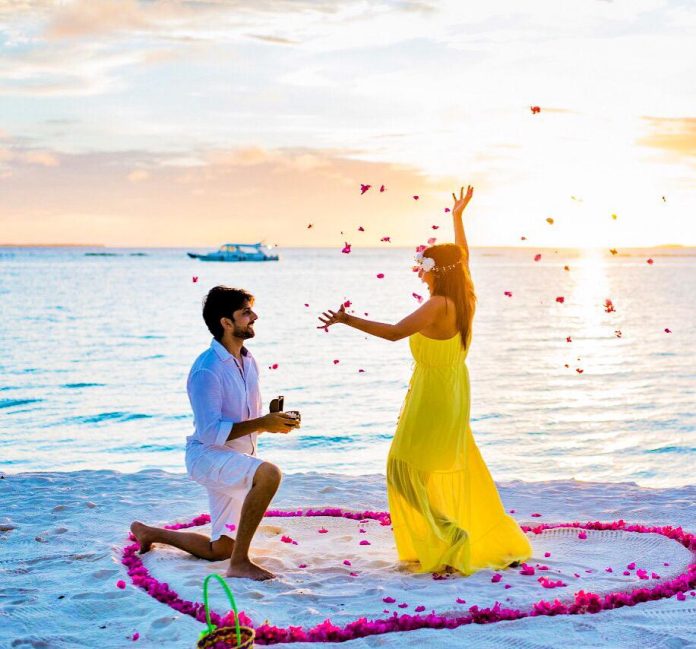 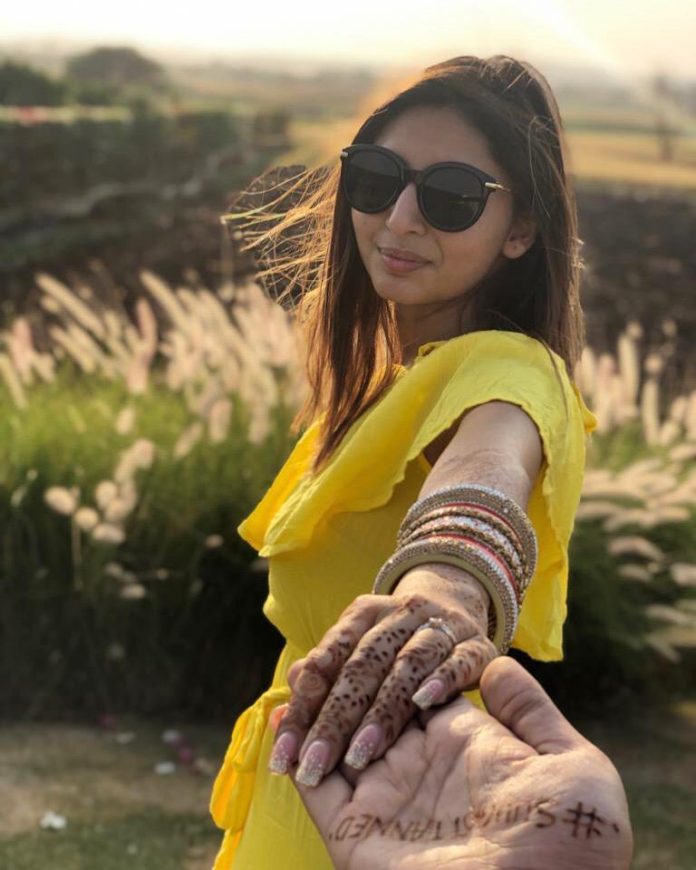 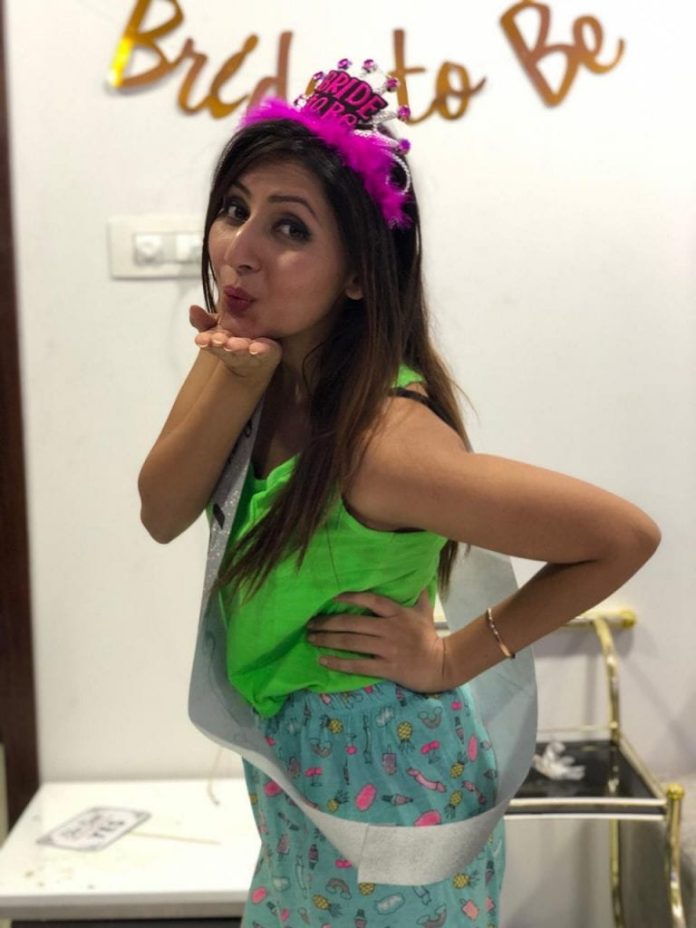 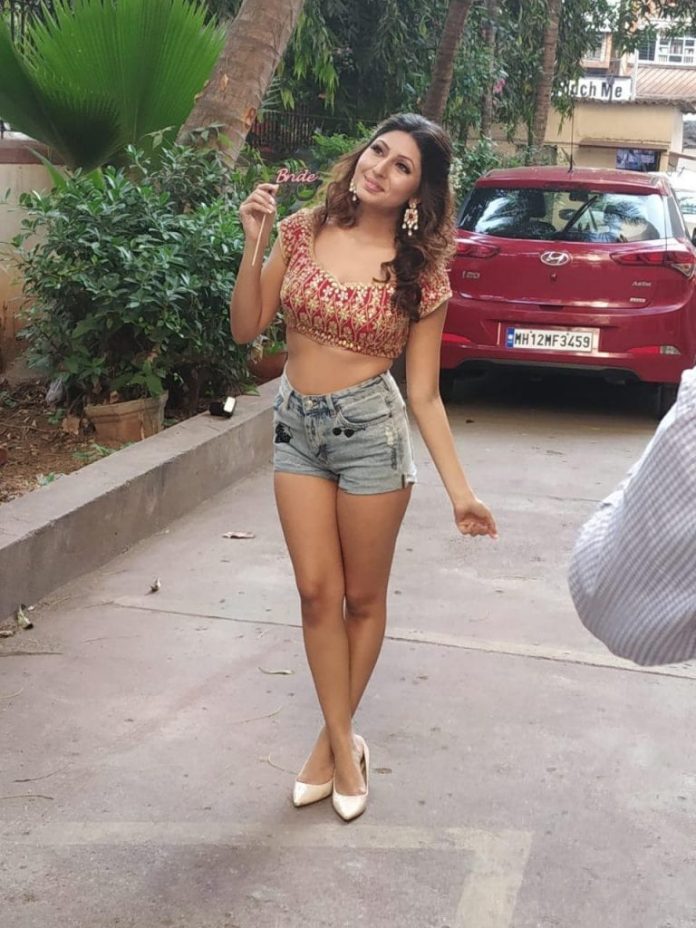 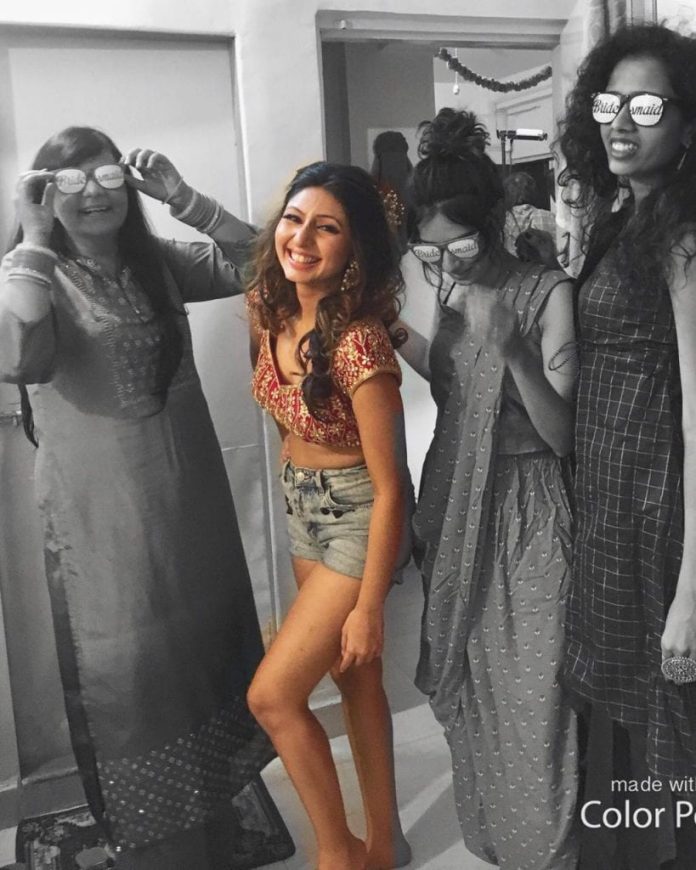 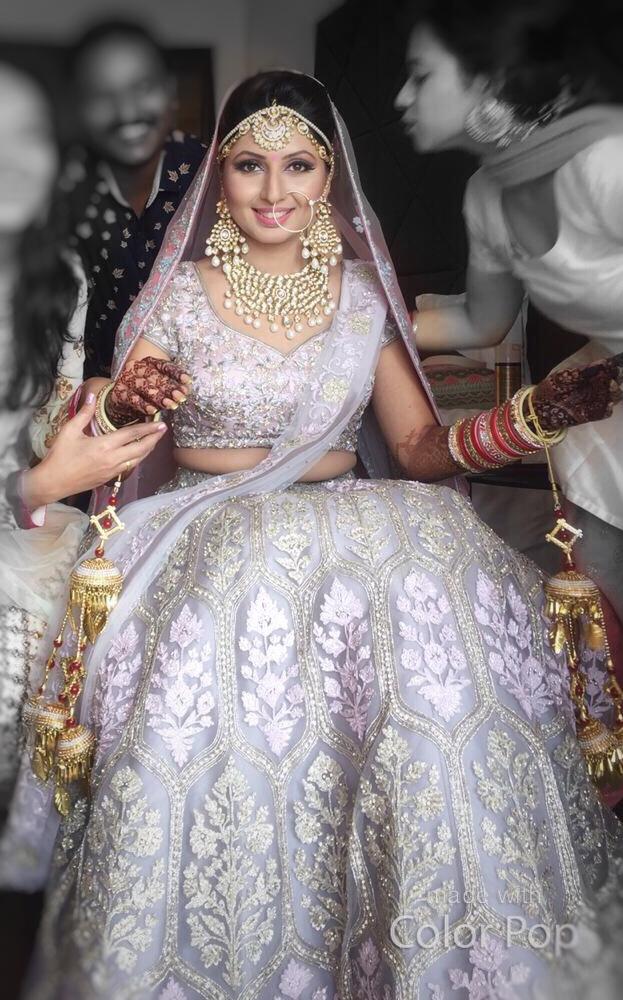 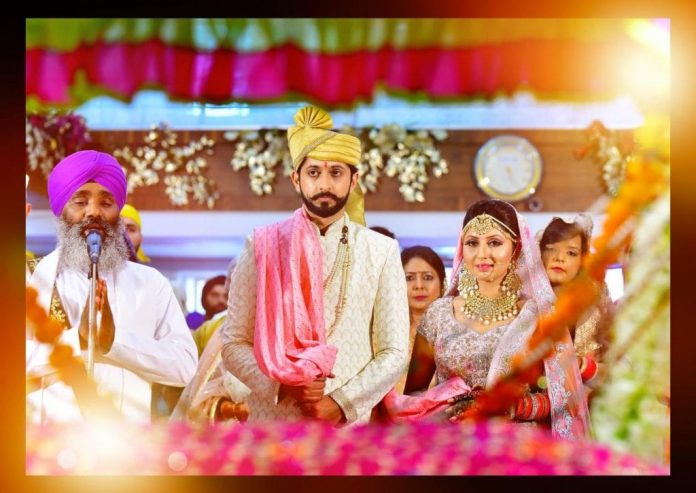 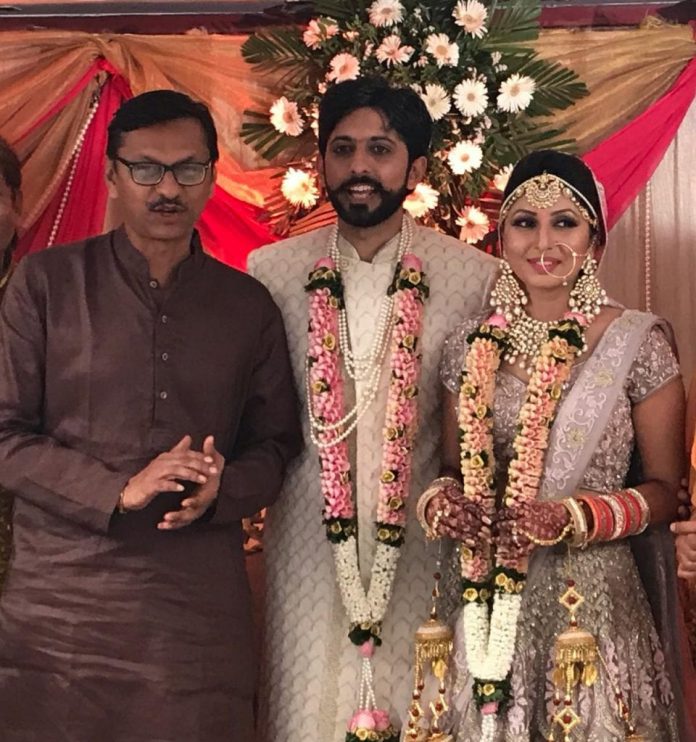 In pastel color light pink Lehenga actress is just slaying on her wedding day. Also the kundan jewelries are enhancing her beauty the most. 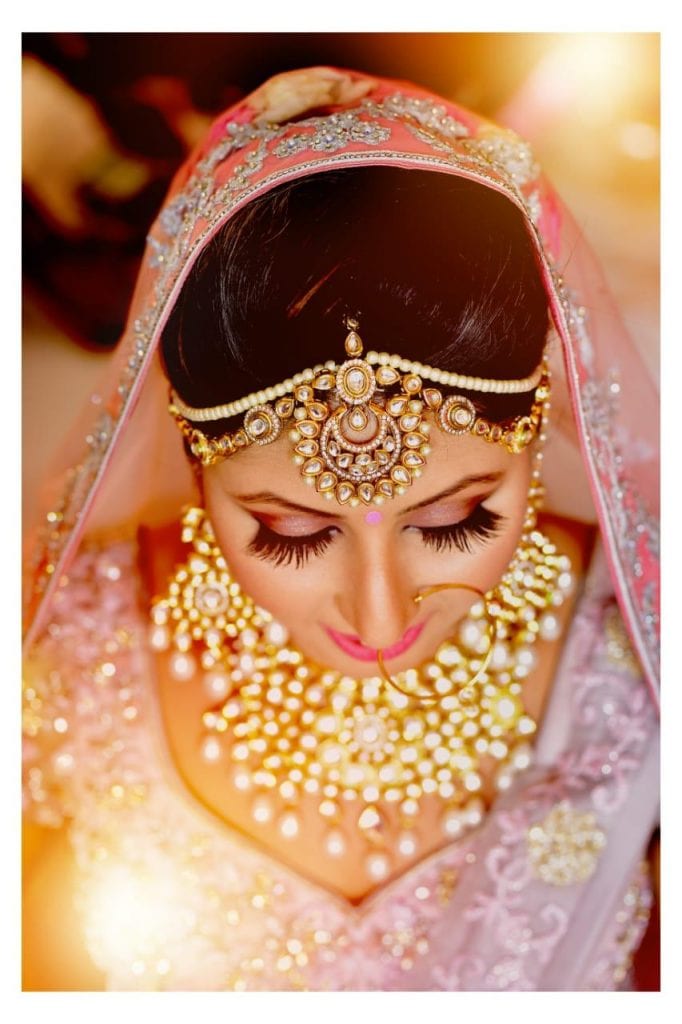 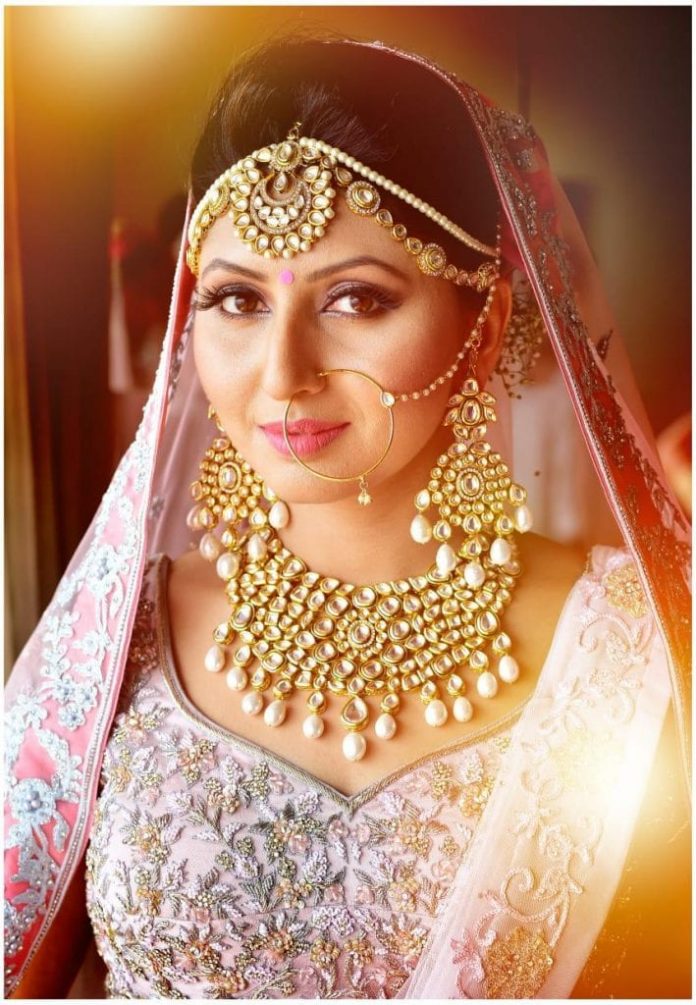 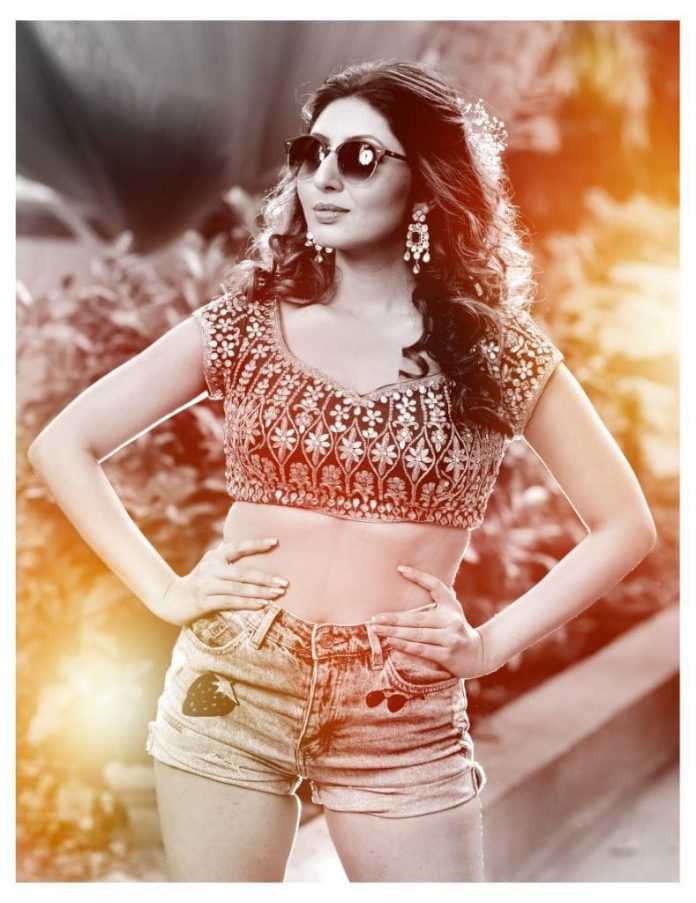 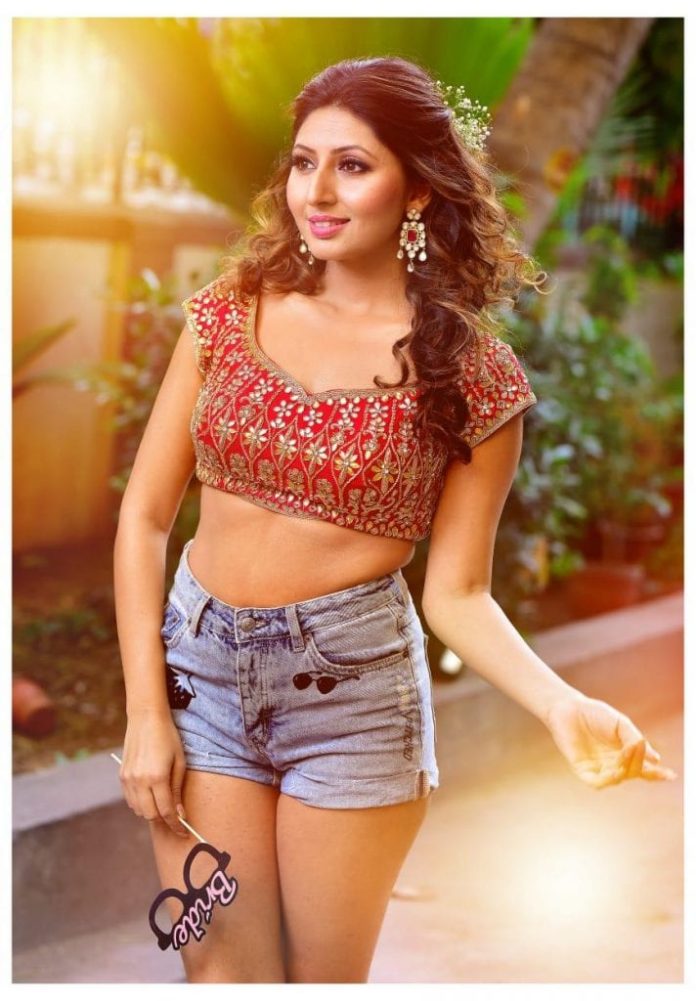 For those who don’t know: Actress Tanya Gupta was paired opposite to Popat Lal in SabTV show Tarak Mehta Ka Ooltah Chasma. She has also worked in the serials like Ballika Vadhu, Ek Boond Ishq, CID, Saavdhan India, Yeh Ishq Haaye and many more.