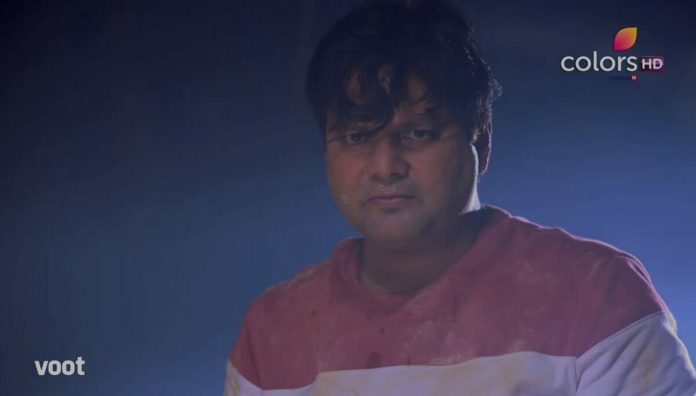 In the previous episode we saw: Tulika and Suresh shared to Sunita how did they fooled Alok by their simple tricks. Nima bursted out in tears thinking about Virat. Sunita asked her to don’t leave her hope and fight back to bring out the truth. She shouldn’t be like this in such situation.

They went to check Alok. Doctor checked Alok and suggested medicine to him. He started shout seeing Nima there and asked doctor to save him. He made him unconscious by injecting medicine. Later Tulika have coffee to Alok.

He searched about Ghost in Google. But results were against him in it. Tulika smirked at him. Sunita came there pretended like Exorcist. Alok insulted her and demanded her to leave the house. She warned him this ghost won’t leave him.

Alok checked Nima’s body and ended up finding out fossils. Suresh appreciated Nima for planned well. Later Alok asked Suresh to save him for m ghost. He brought Sunita back there. She demanded him to do pooja in his house. Alok gave money to Security and arranged everything for pooja.

In the upcoming episode viewers will see; Sunita will inform to Suresh that she called them hope they will come back. Suresh will tell her that he getting late and leave from there. Meanwhile Nima will set everything in house to scare Alok but she get surprise to see Alok there along with Tulika and Suresh.