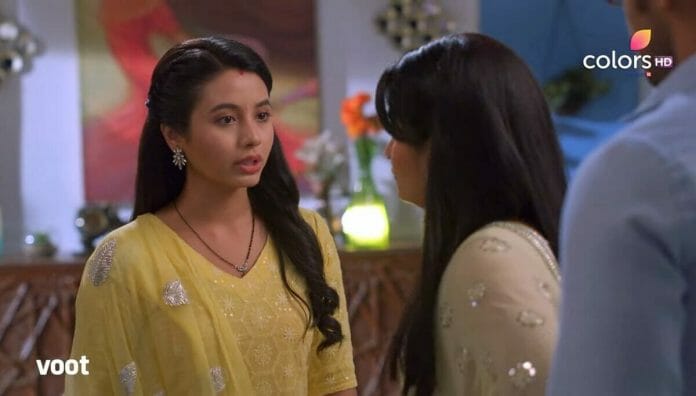 In the previous episode we saw:
Sunita got shocked seeing Nima there. Tulika thought she was ghost but Suresh recognised her as Nima. They hugged her in happiness. Suresh said to her he wanted to help her but Alok stopped him from helping her.

Later he brought police there to check her but she was not there. He enquired her how did she escaped from there? Nima said to him that they didn’t buried her properly so she came out of it by God grace. She took stranger help to reach hospital.

Doctor advised her to take rest properly and come for a scan after 6 months. Nima said to him that Alok done many mistakes it’s high time to punish him. Suresh asked her to send him to jail.

Nima denied it reasoning he will come out of it using his power. She decided to scare him and bring out truth pretending like ghost. Later Alok threatened Tulika to share about Suresh.

Suresh came there and lied to him he was sleeping in kitchen. Nima scared him in night with the help of Tulika and Suresh.

In the upcoming episode viewers will see; Suresh will check the mirror and say to Alok nothing written in it. Alok will get shock to find mirror look clean.

Later Nima will discuss with Suresh and Tulika about their next plan. Alok will come there and question them who is thar third person? Tulika will lie to him no one is there. Alok will tell her he heard someone’s voice here. Nima will listen to this while hiding.