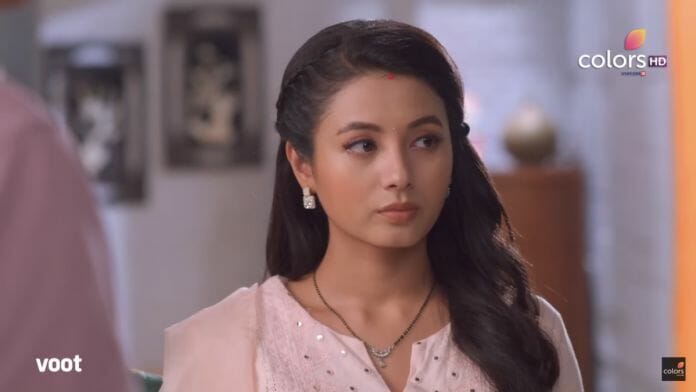 Colors TV’s popular show Nima Denzongpa is now gearing up for more drama as Priyal wants to gain Virat’s trust. While Virat falls for Nima. What will happen now? Will Virat forgive Priyal?

He calls his manager who tells him that today he needs to attend a meeting. Nima asks him to go to the office. Virat refuses. Nima says that work is important so he needs to go. He understands her point. Here, Mona and Priyal are talking about Nima. While Sunita knocks on the door. Mona goes to open the door. She is shocked to see Sunita. She asks her what she is doing here. Sunita says that Virat has called her here. She then goes into Nima’s room. Later Priyal is spraying stinking perfume in the house. Gulshan comes there and asks her why their house is smelling so bad. Mona blames Sunita for this. Gulshan says to Mona that she will throw her out of the house. She asks Mona where is Sunita. Mona tells her that she is in Nima’s room. Here Sunita is searching for Krish. Later she collides with Gulshan and accidentally breaks a vase. Gulshan gets angry and starts taunting Sunita. Nima hears this and stops Gulshan.

In the upcoming episode, we will see that Nima will say to Gulshan that her behaviour with Sunita is not good and she won’t tolerate it. Virat will come there and asks
what is going on? Nima will ask Gulshan to apologise to Sunita.

What will happen now? Will Priyal get successful in her plan?