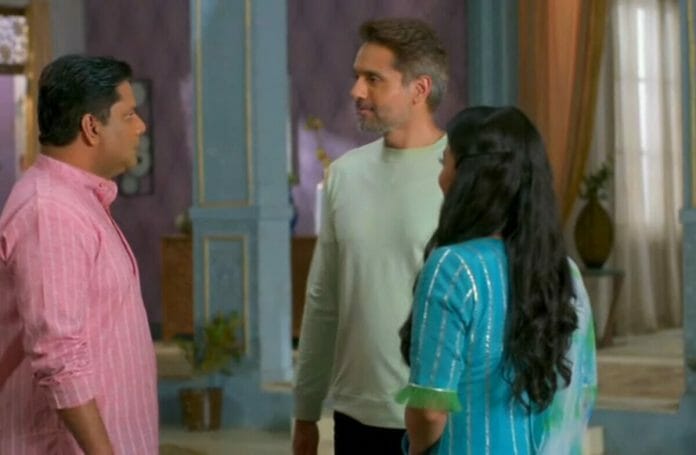 In the previous episode we saw; Driver informed to Police that Mona, Priyal ordered him to kill Nima and Virat. Mona denied it and said it was Nima’s plan. Priyal said Virat was alive but he revealed to her he was Roy. Alok slapped her in anger and accused her. Police arrested them from there.

Roy saw it and got shocked to the core. Alok apologized to Nima behalf of Mona and got emotional. Nima asked him to hide this matter from Gulshan. Gulshan came there to give prasad to them. She lied to her Virat went to office and Mona took Priyal to Delhi.

Later Nima shared everything to Sunita and demanded her to hide this matter from her daughters. Sia got disappointed hearing Shiva was fired. She got anger on Virat for doing this all to them. He convinced him and assured her they can fight back.

In the upcoming episode viewers will see; Roy will plan to Kill Alok for betrayed him. Alok will tell him he actually saved him from Nima reasoning she almost caught them. He will pay full amount to Roy and demand him to leave.

Nima will get shock to overhear their conversation. Later Alok will return home and about to lie with her Virat died. Nima will bring Virat there to surprise him.

What will happen next? Will Priyal escape from police? Is Mona real culprit?