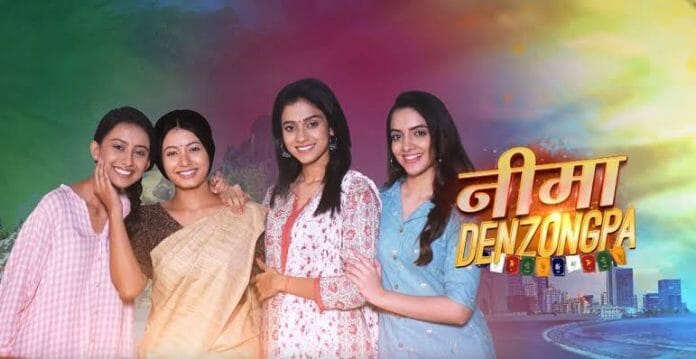 This week we saw that Paras closes Manya’s eyes. Nima comes there. Manya is happy to see her. She asks her how they all came here. Nima tells her that Paras has brought them here. Later, Manya is about to tell her that Pushpa has told everyone that she is an orphan. But Nima says that she is getting late now so she will talk later. While Rani saw Manya with Nima. She meets Bhola and asks him to find out what is the relationship between Nima and Manya.

Further, Rani asks Nima to clean the house. Nari tries to stop Nima. However, Nima starts cleaning. Manya gets upset. Paras tells Rani to stop all this. Nari asks Nima to leave from there. While further Nima slips and falls. Her hand accidentally touches Manya. Rani scolds her for making Manya dirty by touching her hand. Manya gets angry and tells everyone that Nima is her mother. Later Everyone gets shocked when Nima says that she asked Pushpa to hide Manya’s reality.

Afterwards, Manya and Paras get married. While Rani taunts Pushpa. Pushpa gives the ticket to her and asks her to leave her house. Hearing this, Rani gets angry and Pushpa leaves from there. On the other hand, Suresh scolds Tulika for giving fake jewellery to Manya. Sunita says Tulika can never improve.

Further, Nima calls Manya and asks her how is she. Manya tells her that she is fine. Nima informs her that today she is going for a job interview. Manya says best of luck to her and hangs up the phone. Further, Nima goes to a man’s house for a job interview and gets embarrassed seeing him only in the towel. She is about to leave but the man asks her to come inside. Virat asks her to take of his son. Nima gets ready and accepts the job.

She tells this to Sunita and Suresh. They both get happy. Further, Nima calls and invites Pushpa for dinner at her house but Pushpa refuses to come and says that she will send Manya and Paras. Later, Manya’s muhdikhai ceremony begins and Pushpa humiliates her, which makes Manya sad. Here Krish’s father wants him to meet Nima. So he calls Nima and asks her to come to meet his son. Nima says fine and goes to meet them. But later she sees that Krish is not in the car. She tells this to Virat and they both start searching for Krish.

Further, Nima sees a child and asks him about Krish. Virat comes there and tells Nima that this is his son Krish. Here Manya is waiting for Paras. She thinks she should go downstairs but feels awkward doing so and stays in the room. While further Paras comes in the room. He wants to spend quality time with Manya but Dinesh takes him out for some work. Maya gets disappointed.

On the other hand, Virat scolds Krish for his today’s actions. Nima sees that Krish is trembling and she consoles him. Virat is happy to see that Nima is taking good care of Krish. Next, Tulika opens Nima’s cupboard. Suresh comes there and asks her what is she doing here. Tulika gets nervous and leaves from there.

The next day, Nima is taking care of Krish. Just then Suresh calls Nima and asks when will she come to the house as Manya and Paras are also about to reach there. Nima says that she will come soon. Nima calls Virat but he does not pick up her call. Nima writes a note and says that she is going to her house with Krish. Nima puts that note on the door and leaves from there. But that note flies.

Later Virat comes to his house. He sees that the door is locked. He opens the door and goes inside the house and starts searching for Krish. He says that if anything happens to his son, he will not leave Nima. Here Suresh gives earrings to Nima. Nima says that she cannot take it as it belongs to Tulika. Suresh says that it’s her earring because Tulika snatched these earrings from him. Nima takes the earrings from him and gifts them to Manya. Tulika gets shocked to see her earrings. She goes to Suresh but he ignores her.

In the upcoming episode, we will see that Tulika will ask Suresh why did he give her earrings to Manya. She will call him a thief. Due to this Sunita will get angry and she will fight with her. Krish will get panic seeing this and will leave from there. Nima Will follow him. Viraj will also reach there and get angry at Nima.

What will do Nima do now? Will Virat fire Nima?