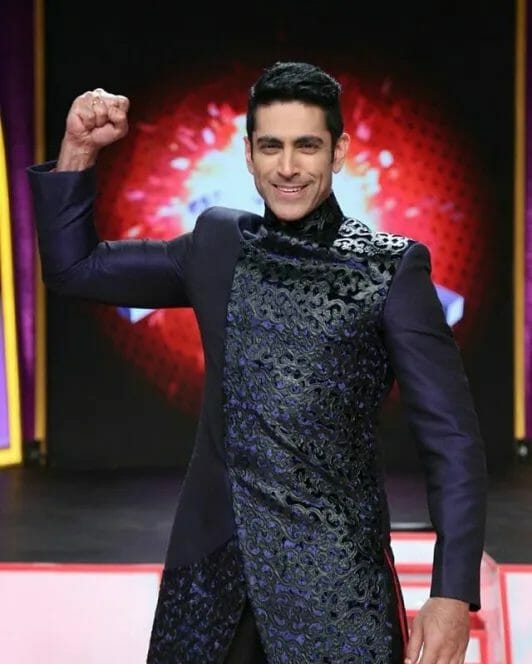 By Anil Merani| Veteran actor Tarun Khanna is pleased playing lord Hanuman in the cult Star Bharat show RadhaKrishn, “ I had begun playing my signature lord Shiva character( Santoshi Maa, Karmaphal Daata Shani and Ram Siya Ke Luv Kush). But last year, when the RadhaKrishn, creative team pencilled in the monkey god incarnation of the above destroyer god, they again turned to me being unable to get someone else. I, too, at first, was reluctant to play Hanuman. It not only takes a lot of physical stamina to play him, but the prosthetic prevents me from eating anything for as long as I am in costume.”

Singing paeans about Radhakrishn Tarun says “It is no mean feat for a mythology series to have lasted four years. We will soon clock 1000 episodes( 4th Aug). At first, no one gave it more than six months, given its song and dance and massive visual grandeur. But the hard work of producer Siddharth Kumar Tewary; has paid off.”

For the moment, Tarun’s character is not the mainstay of the Radhakrishn ” I come and go for a while last year; the story did centre around me, but for how long can RadhaKrishn love need Hanuman. You can gauge my track’s popularity by Hanuman’s incorporation in RadhaKrishn spinoff Jai Kanhaiya Lal Ki.( Radhakrishn rating had doubled from 0
4-0.8 due to Hanuman stint)

Here Tarun, who has also played Hanuman in Jai Sri Krishna , pointed out that “I would have played him again in one more show, but, at the last minute, the channel owner felt that I was unfit due to a lack of Hindi language prowess. Quite laughable, given that I have also played Chanakya( Porus), Balaji Vishwanath (Kashibai Bajirao Balal) and Krishnadevaraya( Tenali Rama)” .

Tarun, who had taken a web detour, is back home in safer territory. “My show Geisha did not take off as the platform did not launch correctly, And to be honest, I am not too gung-ho about OTT given that sans a few good shows, most stuff is trash. And with the filmmakers taking over www, they only cast out-of-work guys from their medium. OTT had not started like this .”

“ I am content with TV, which gives me respect and sound money. I am thankful to my parents for imbibing the right values that have enabled me to last so long; very few actors have the same long legs like me. I am a simple, focused man who does his job and goes home to his family. ” ended he