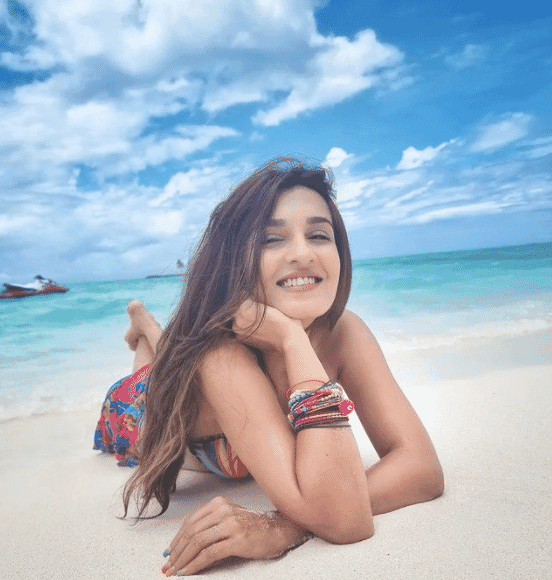 Shiny Doshi started her acting career as a second lead in 2013 show ‘SaraswastiChandra’. Character Kusum Desai played by her was remarkable. Soon after the show Doshi got a break to play a lead in ‘Sarojini-Ek Nayi Pehal’. The show was a turning point in the acting career of Shiny and actor outshine in the entertainment wold. Her work in the show got applaud from the audience. Doshi’s fanbase after Sarojini increased by leaps and bounds. Actress also left her impression by playing roles in the show that includes; ‘Jamai Raja’, ‘Bahu Humari Rajni Kant’,’Shrimad Bhagvat Gita’ among the others.

Diva also flaunted her daring side in colors reality show ‘Khataron Ke Khiladi-8’. Her stint in the show yet again captivated her fans and followers. The non-stop hard work of Shiny made her one of the top TV actress. She made her own place in the industry and her so far work is praiseworthy. Doshi is currently gracing the screen as ‘Dhara’ in famous show ‘Pandya Store’. Her acting in the show is earning separate fan base. Shiny’s performance is talked by the audience. Actress trends online for her role. In the recent past, Doshi bagged ‘Best Actress’ award for playing Dhara in Pandya Store at International Iconic Awards. Adding more appreciation the rising star Shiny bagged ‘ ‘Shining Television Actress of the Year’ at recently held Iconic Gold Awards. In simmer thigh slit fashionable gown, Shiny shined on the red carpet. Her look smitten the audience.

Now along with acting skills, Doshi’s fashion and look has a separate fan base. The recent pictures of the actress from her Maldives vacation are stunning. Shiny in fashionable bikini oozed the hotness. Well, this is not the first time when diva skipped the beat of the audience with her picture, actress beach pictures always raise the temperature. Check out five times when Shiny Doshi sizzled the screen with her hot snaps.

Tell us what made you to fall for Shiny Doshi. Shoot your answers in the comment section below

Follow this space for more updates from TV world!