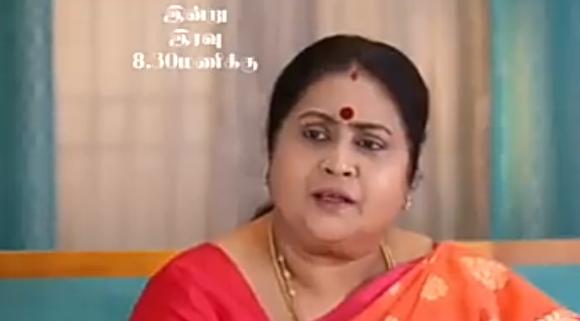 Pandian Stores is a famous Vijay Tv show. This show entertains the viewers every day with a lot of twists and turns in its storyline. Moorthy and Dhanam sacrifice a lot to raise their brothers Kathir, Jeeva, and Kannan. Moorthy and his brothers were ousted from the Pandian home.

In the previous episode, Dhanam disagreed with Moorthy’s decision. Moorthy was furious when Jeeva and Kathir support Dhanam’s decision to run the hotel successfully. Dhanam refused to speak with Moorthy when he approaches her.
Dhanam discovers the truth.

In today’s episode, A shocker for Dhanam. She shows the evidence to the family. She tells Kannan to inform Kathir about it. Kathir looks for Ratnam after learning about his evil deed. Kathir and Kannan look for Ratnam.

Kathir, Jeeva, Kannan approach Sundar. Ratnam and Sundar agree with the truth they get caught. Meena wishes to prove Ratnam’s evil act to Moorthy. Dhanam decides to give the evidence to the officer.

What will be Moorthy’s decision? Will Ladies run the hotel? Will Meena send Kayal to play school?

How will Moorthy’s family escape from Janardhan’s wicked ploy?