In this previous week this what happen.. Kathir and Senthil meet each other at the temple.. Senthil urged Kathir to come soon.. Mahesh marries the love of his life with Kathir and Senthil’s help. Kamashi questions Lakshmi as she is disappointed with Dhanam’s behavior..Kamashi blames Moorthy for the ordeal in Dhanam’s life.. Lakshmi questions Moorthy. Lakshmi vents out her grief to Mull. On the other hand, Dhanam consoles Kannan as he feels guilty. A distressed Moorthy gets drunk and pours his heart out. Jeeva shares with Meena about Dhanam and Moorthy’s decision. Dhanam consoles a drunk Moorthy when he self –reproaches. The family tries to comfort him… Dhanam shares her misery with Mulla. Meanwhile, Kathir refuses when Mahesh requests him to shelter Rathi.

In the latest episode… Kannan takes a stand when Lakshmi criticizes Dhanam. Dhanam loses her cool when the family pesters her to see a doctor.

What happen next… All became upset with Dhanam behavior…When the problem come to an end?   Upcoming episode will answer it… 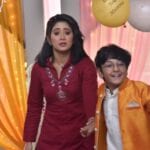 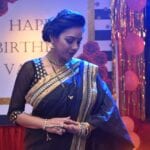 February 25, 2021
Shaadi Mubarak 25th February 2021 Written Update on TellyExpress.com Episode starts with KT talking to Preeti when her phone rings. She excuses herself to take...