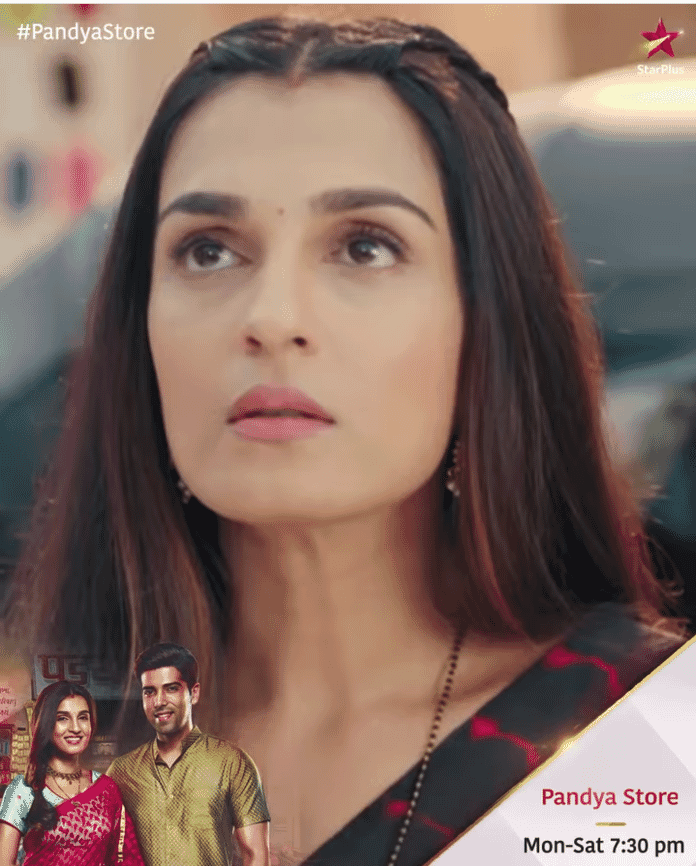 The episode starts with Krish congratulating Shiva and Raavi for getting married again. He asks Raavi to touch Shivani foot. Rishita says that they’re modern couple, so they will hug each other. Suman arrives there and asks what’s happening here. Dev says that this is ladies matter, so they will solve it. The brothers disappear. Suman asks why Raavi is her mangalsutra. Rishita says that Suman told her to give it to Raavi yesterday and forgot it in workload. Suman nods ok and thinks that she knows everything and recalls seeing Rishita taking the mangalsutra from her cupboard. Dhara asks Raavi to touch Suman’s foot. Raavi obeys. Suman says to the daughters in law about the importance of mangalsutra and warns Raavi to not remove it again, she won’t get third chance. She says that she will keep an eye on her. She leaves. Dhara, Rishita and Raavi share a group hug.

Guests arrive at Pandya residence. Dhara is elated and enjoying the music. Gautam looks at Dhara recalling gynecologist words and gets worried. The guests congratulate Dhara and Suman. Kanta arrives there too. Krish comes back home buying lot of toys for Dhara’s baby and expresses the joy of becoming “chacha”. Suman calls Krish cazy for buying lot of toys. Dev and Shiva arrive there and say that Krish isn’t alone in this craziness, they have also brought these toys. Suman says that they shouldn’t but toys before the baby comes to the house.

Rishita says to not believe in such old thoughts. Rishita, Krish Raavi dance on the song mitti mitti bol. Dev and Shiva also join them. Suman asks Gautam wht he’s not dancing and encourages him to dance along with them, but Gautam stays with Suman. Dhara starts feeling dizzy and faints. Gautam sees this and shouts Dhara. Family rushes to Dhara. Dev says that he finds that Dhara isn’t fine. Suman asks them to take Dhara to the hospital immediately. They take Dhara out. The toys fall down and Suman sees this worried.

Dhara is rushed to the hospital. Pandya brothers are worried and call out doctor. Doctor takes Dhara inside the operation theatre. Pandya look on worried. Gautam prays to God to not turn his fear into the reality, Dhara will break down. Suman prays for Dhara and her baby’s safety. Doctors checks Dhara’s foetus development and sees Dhara’s pulse dropping. Doctor comes out and tells Gautam that Dhara’s foetus didn’t develop in the last one month shocking the Pandyas. The doctor further says that Dhara’s life can be in danger, if the foetus doesn’t have any development. Doctor asks Gautam to decide whether to keep this foetus or not, if he decides to keep it, he has to compromise with Dhara’s health. The doctor says anything can happen in the future. Suman asks what doctor is saying, the foetus should develop. Gautam asks doctor if there’s any way to save both Dhara and the baby. Doctor says that there is no any such way. Gautam cries.

Doctor leaves. Pandyas are devastated. Gautam says that his fear turned into the reality. Gautam further says that he hid this truth from Dhara al this day for her betterment, but now everything is over. Suman looks shocked. Raavi asks Gautam why he hid such big truth from them and was fighting alone with his pain. Gautam says that he didn’t have any other way, he himself was scared, doctor said to not give any stress to Dhara and if anyone would have spilles the truth to Dhara, it could be gone wrong, so he hid it from them all. Krish says to Gautam that Dhara will be shattered knowing this. Pandyas cry. Gautam says that he wanted to save Dhara from shattering. Gautam says that the baby wouldn’t have survived till now if she had knew this. Krish hugs Gautam crying. Dev and Shiva join them. They recall Dhara’s happy pregnancy moments. 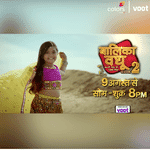 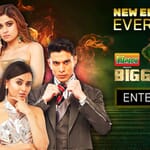