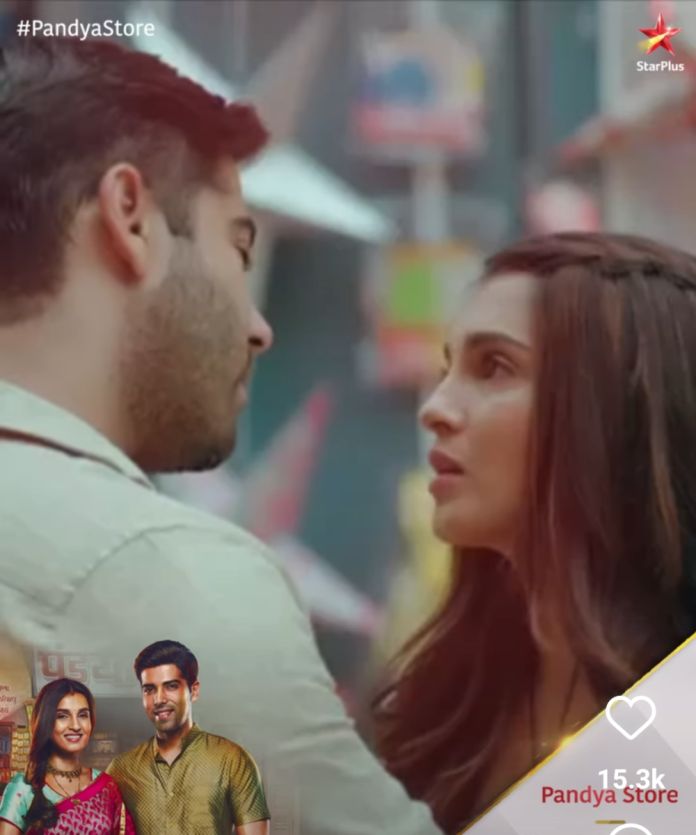 Raavi assures that it was the money earned through her video. she also shows some gifts she got through video collaboration. Suman gets glad seeing the gifts. Gautam says that Raavi isn’t doing wrong, social media influencer are demand in the market. Gautam and Krish feel proud of Raavi. Rishita taunts Suman that her anger calmed down when Raavi gave her money. Suman appreciates Raavi for earning money through her videos. Rishita says that Raavi gave her the money as she get caught else Shiva and Raavi will enjoy the money alone.

Raavi holds her ears and apologizes to the Pandyas for making the whole house’s video. Suman says that they have to record video of Raavi doing sits up and upload on the social media. She takes Raavi’s phone and records a video of herself with Raavi and asks Raavi to upload it on the social media. Raavi obliges. Raavi apologizes to everyone in the family. She hugs Dhara. The latter says that she’s not fully convinced. Raavi says that she will convince her. Raavi hugs everyone in the family. Yadon ki baaraat song plays in the BG.

Rishita and Dev argue over Raavi making videos. Dev supports Raavi while Rishita is against. She says that she became online star without having any talent. Dev says that she put lot of efforts to make videos. Rishita taunts that she puts efforts to make videos if others hiding. Dev asks to not get jealous of Raavi and prove her talent by working going out. Rishita refuses to work until her delivery and wishes that baby never come out of her tummy. Dev thinks that it’s useless to argue with her.

Raavi is making tea and is broadcasting it to her online followers. She gets a call from a Rohit Dalal who works in SRT bank to shoot a promotional video with her. He says that they will bear the costume and location expenses. Raavi getd gald. She remembers Suman’s scoldings and says that she has to talk with her family. He says to come to meet him the next day as it’s urgent. He says that they will pay one lakh which surprises Raavi.

Dhara is feeding milk to the baby. She calls herself baby’s mom. Suman hears this. She gets worried about Dhara getting attached with the baby. She says that she has to do something by the next day. Raavi negotiate with Rohit and demands 1,50,000. She gets overjoyed when Rohit agreed to give her 1,50,000. Raavi asks how they will pay the money. Raavi asks to pay in cash. He says that he will pay her in demand draft. Raavi gets excited to tell the family about this. She’s scared what if it’s a prank call, she will get mocked. So, she decides to tell family after getting the money in hand.

Raavi and Shiva are sleeping. Raavi’s phone rings. Raavi wakes up and goes out of the room to talk. Shiva also wakes up. He wonders with whom Raavi is talking in the late night. He goes to check. Raavi is talking with Rohit regarding the shoot. Shiva doesn’t hear her and finds something fishy. Raavi turns around after hanging the call and finds Shiva. The latter asks who was in the call.

Precap: Raavi says to Shiva that she has a surprise for him, she got 1,50 lakhs for a bank video shoot. Shiva argues with Raavi. He asks who is the guy with whom she roamed around the Somnaath on the bike. Raavi looks on shocked.