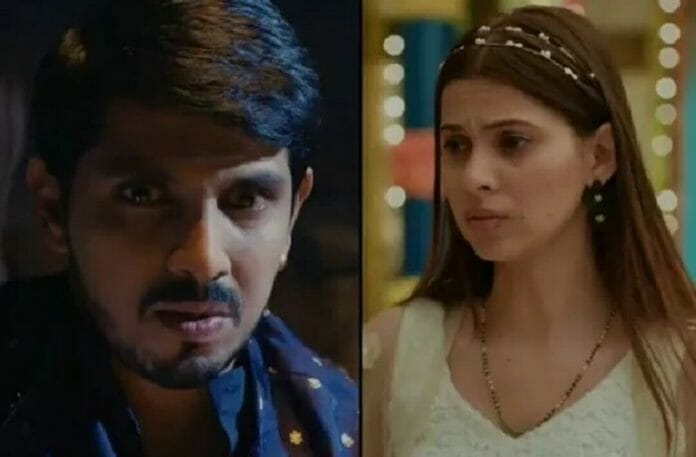 Star Plus’ popular show Pandya Store is gearing up for more drama with Shwete accusing Shiva of doubting Raavi.

In the current story, it’s seen that while the Pandyas are wondering how the shirt that Raavi gifted to Shiva caught fire, Shweta creates a misunderstanding using Arnab’s visit. She says that she saw that Shiva saw Arnab meeting Raavi and was enraged. She says that he must have burned the shirt out of anger. Dhara says that Shiva can’t do such an act.

She adds that if he had done it, there should be a strong reason behind it. Shweta says that Shiva has doubts about Raavi, which angers the Pandyas, who refuse to believe this. Suman slams Raavi for bringing her boss to the house. She asks why he met her and not them. Raavi feels bad that she has to prove herself right in front of her family. She leaves crying.

Raavi burst into tears hugging Shiva’s shirt, remembering her talk with him while giving him the shirt. Meanwhile, Shiva consumes alcohol, recalling Arnab and Raavi. Raavi phones Shiva,but he doesn’t answer her call. Pandya’s brothers find Shiva drunken. Gautam advises Shiva to leave his insecurity which is ruining his relationship with Raavi.

Shiva denies being insecure. Gautam asks him then what’s the reason for their fight. Gautam asks Shiva to either reconcile with Raavi or to get separated from her. Meanwhile, Raavi says to Shiva that she can’t stay with Shiva anymore.

In the upcoming episode, it will be shown that Shweta will plan to break Shiva and Raavi’s relationship. She will give Raavi the tablet to stop the period by making her believe that it’s just the headache tablet. She will think of blaming Dhara for that.

Will Shweta be successful in her plan? Will Shiva and Raavi separate?