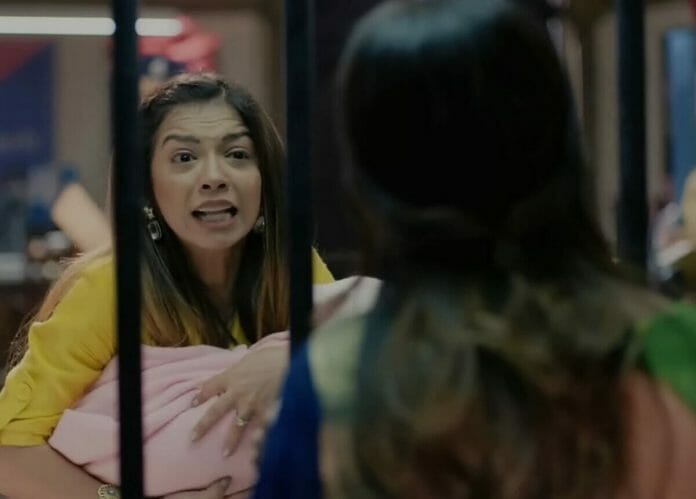 Star Plus’ popular show Pandya Store is gearing up for more drama with Krish blackmailing Shweta and the latter withdrawing the complaint against Dhara.

In the current story, it’s seen that Krish blackmails Shweta not to divorce her if she doesn’t withdraw her complaint against Dhara. Shweta grows anxious. She goes to the police station. A furious Rishita slaps Shweta. The latter is shocked, but she doesn’t react. Shweta takes her complaint back.

Dhara gets released. Dhara vows to make Shweta pay for her wrongdoing. Shweta taunts Dhara that she has already distanced Rishita from the family and vows to do the same with the rest of the members of the family. Meanwhile, Shiva takes an upset Raavi to pani poori stall. He makes pani poori and feeds it to her.

They share a moment. They return home and are shocked to learn that Pandyas went to the police station. Shiva asks why they didn’t tell him about it. Dev angrily asks Shiva to check his phone for their missed calls. Rishita is worried as Chutki doesn’t stop crying.

Dhara tries to check Chutki, but Rishita angrily pushes Dhara away. Dhara falls on the floor. Pandyas are shocked by Rishita’s rude behavior towards Dhara. Suman scolds Rishita. Pandyas rush Chutki to the hospital upon Dhara’s advice. The doctor asks about what happened. Dhara narrates everything. The doctor says that the baby is traumatized.

In the upcoming episode, it will be seen that Chutki will be hospitalized. The nurse will ask Rishita and Dev to get a costly injection worth fifty thousand for her treatment. Dev will inform the family about the same and will wonder how to arrange money.

What will happen next? Will Dhara be able to unite the family again and get the Pandya Store back from Shweta?