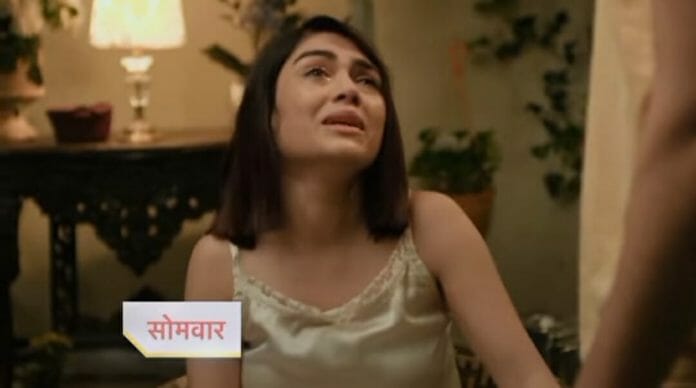 Star Plus’ popular show Pandya Store is gearing up for more drama with Pandyas finding a clue about Chiku.

In the current story, it’s seen that Dhara falls sick, refusing to eat anything till Chiku is found. The doctor checks Dhara and gives her glucose drips. He says that Dhara is weak and she should eat, else she will be hospitalized. Yet Dhara refuses to eat.

Suman asks Shweta’s mom to ask Shweta, who is Chiku’s mother. Rishita defends the Pandyas, stating that Raavi called the police. Shweta’s mother realizes her mistake and apologizes to the Pandyas.

Forum goes to a pharmacy with Chiku to buy medicine for his fever. The pharmacist sees Raavi’s video and recognizes Chiku. He tries to catch Forum, but she escapes by getting into a tempo. The pharmacist informs the Pandyas about the same.

In the upcoming episode, it will be seen that Shweta will get drunk. Krish will be shocked to find Shweta in a drunken condition. Shweta will start to lament. She will say that she just wanted a person to love her and a care-free life, but she only got a baby.

She will further say that she did so many things to get rid of Chiku. Krish will get alerted to hear this and will ask what she did. Shweta will tell everything that she has done so far. Krish will be shocked to hear Shweta.

How will Krish react after learning Shweta’s true intention? Will Krish tell his family about Shweta’s truth?