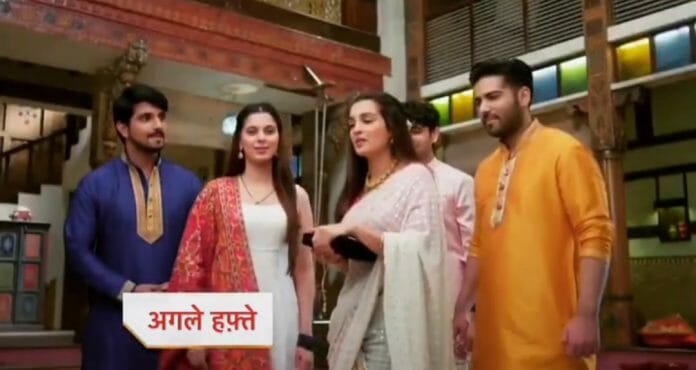 Star Plus’ much loved show Pandya Store is all gearing up for more drama with Kamini playing a trick on Dhara.

In the current story it’s seen that Kalyaani says to Kamini that they should tell Rishita about Pandya’s plan. But Janardan says that Gautam has the proof that he offered him job. Kamini says that she warned him earlier. Kamini says that the Pandyas will definitely do any mistake in overconfidence then they will play trick. Pandyas hear their talk. Pandyas return home and tell Suman about their first victory. They get elated on seeing Suman moving her fingers. Banni visits the Pandyas. Dhara introduces Banni as her friend to Raavi and Suman. Banni tells Suman about food home delivery business. She says that it’s her mother’s dream. Banni tricks Suman and feeds her food, but Suman understands this. Suman blesses Banni. Later at the Seths Kamini gives Dhara the work of pressing the clothes. She taunts Dhara. She puts her hand on the hot iron box intentionally and accuses Dhara of burning her hand intentionally.

In the upcoming episode it will be shown that Kamini will open the cupboard and will take the sarees out. Dhara’s mother’s necklace that Kamini stole during the puja will fall down. Kamini will pick it up and will say that both Rishita and this necklace will never go back to Pandyas house. Someone will record the video of this. Pandyas will get ready for some function. Dhara will say to Suman that they have made all the planning. She will assure that they will bring Dev and Rishita back home that day.

What will happen next? Will Dev and Rishita believe Kamini? How Dhara will tackle this?