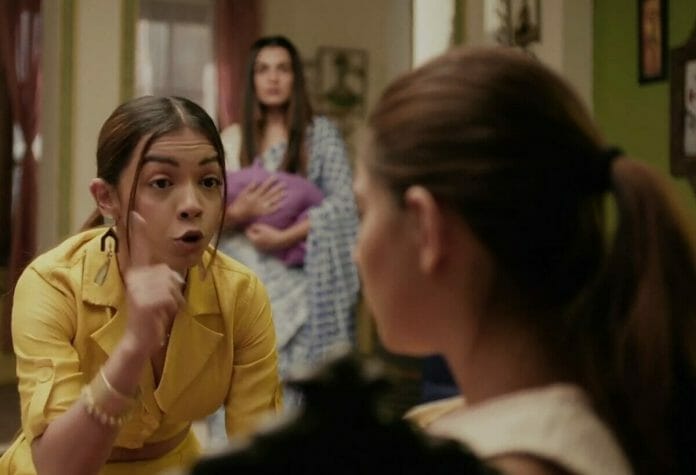 Rishita decides to teach Shweta a lesson by making her do Dhara and Raavi’s share of chores. Later, Rishita finds Shweta dancing. She asks if she’s  behind Raavi’s swapped report so that she’s celebrating. Shweta acts by shedding crocodile tears. Rishita states that Dhara and Raavi will return home very soon.

Suman is worried about Shiva, who hasn’t returned home yet. Elsewhere, a badly injured Shiva laments about his brothers not bothering to know where he is. Here, Rishita asks the Pandya brothers why they didn’t take a stand for Raavi against Suman, despite knowing Raavi can’t wrong Shiva.

She goes on strike and refuses to do the chores in order to force Suman to give all the responsibility to Shweta. Rishita’s plan works and Shweta is asked to do all the chores alone.

Dhara will say her plan to trap Dhara. Gautam, Krish and Dev will put their hands over Dhara’s hand to show their support.

Will Dhara and Shweta be successful in their plan?