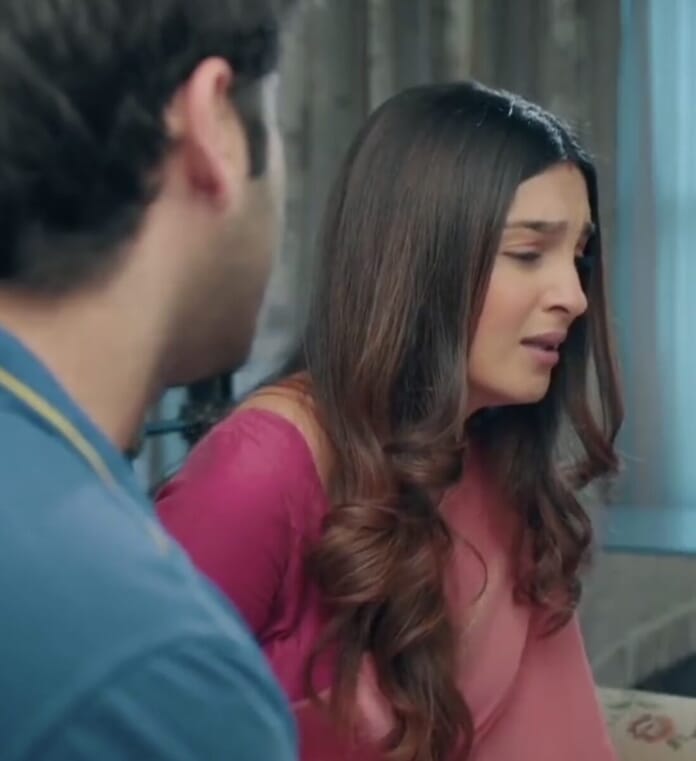 Star Plus’ daily soap Pandya store is entertaining it’s audience since the first episode. The show currently focusing one hand on Dhara getting taunted for being childless and other hand on Raavi and Shiva’s increasing misunderstanding.

In the current episode it’s seen that Raavi helps Dhara to get ready. Suman blesses Dhara and expresses her wish to get her grand children soon. Later Gautam compliments Dhara’s beauty and carries her in his arms till their bedroom. They see Shiva, Dev and krish sleeping on their room. They decide not to wake them up and sit reminiscing the old moments and passing flying kisses.

The morning Gautam tries to get romantic with Dhara. The latter reminds him that today is a festive day and tells Gautam to get fresh up. The brothers are decorating the house. Krish makes fun of Shiva. Raavi laughs talking over phone. Shiva gets irritated thinking that she’s laughing on him.

Later in the evening guests arrive at Pandya store. Suman takes the baby on her lap and plays with the baby. On seeing this the Ladies taunt Suman with Dhara. Raavi says that her clothes has strong hing smell. Shiva gets angry on hearing this and tells Raavi to get out.

Two kids do mischivenous and play with juice. When Rishita tries to handle them, they pour juice on Rishita. The same kids get Rishita and Dev photo and run around the house. Rishita tries to catch them. Suman tells that the boys are naughty and adds that she loves kids. A lady taunts again Suman with Dhara not having child.

In the upcoming episode it will be shown that the ladies will tell Suman that she can become grandmother only by adopting kids. Rishita will scolds that ladies defending Dhara.

Will Suman know the sacrifice of Dhara? How she will react on knowing the truth?

Keep checking the space for latest update of your favorite shows.