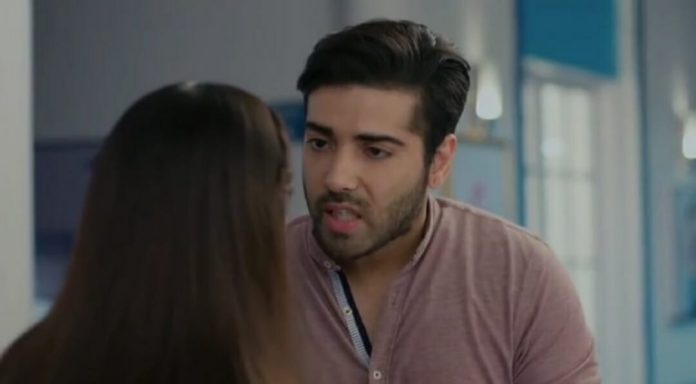 In the current story it’s seen that Gautam tries to prevent Suman meeting the doctor, but he fails. Doctor tells Suman that Gautam paid 30k for the treatment of the baby they have at their house, but he ran away taking the money back when he learned that the bsby’s mother ran away. Suman gets angry earning this.

She scolds Gautam for the same. She reveals about Gautam seeking her help to keep Dhara away from the baby. Dhara gets enrages hearing this and refuses to talk to him.

In the upcoming episode it will be seen that Suman will be stopped by two girls on her way. The girls will ask whose the baby that Raavi was holding, if he is Dhara’s son. Suman will hold their ears and will ask how they know about this. One girl will say that Raavi posted a video about it and will show it.

She will also reveal about Raavi positing videos about the Pandyas family issues online. Suman will get furious. Shiva will make kheer and will offer it to Suman. He will get ready to give her a good news. But Suman will stop Shiva and will confront him.

Suman will ask if Shiva knew about Raavi posting videos af their family’s every single matter online and making fun of them. Pandyas family will stand shocked hearing this.

Can Gautam convince Dhara? What will Suman is going to do with Shiva and Raavi now? Will she punish them ?