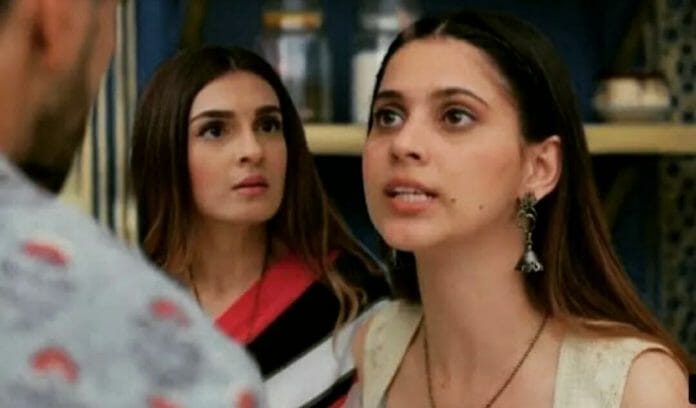 Star Plus’ popular show Pandya Store is with Rishita questioning Suman about being partial to her sons.

In the current story, it’s seen that Pandyas decide to perform Chiku’s naming ceremony along with Chutki’s. Dhara refuses, not wanting to spoil Chutki’s special day. Rishita taunts Dhara saying that she is aware of this. Suman decides to choose Chiku’s name and asks Dhara to choose Chutki’s name.

Rishita and her family look unhappy to hear this. Dhara hesitates, but says Saachi when Suman urges her. Pandyas like the name. Suman names Chikku as Yashodan. Just then, Raavi returns home. She says that she bought gold chain and earrings for Chutki with earrings and gives them to Rishita.

She accuses Suman of being partial towards her sons and demands her to know the reason for that. Suman says that the amulet should be given by the girl’s family and her dad was rich when Gautam was born, but he lost his wealth when Dev was born.

Suman taunts Rishita’s family for forgetting to give the important amulet to Chutki. Later, Dhara gets shocked when Shiva and Raavi have a heated argument in front of her.

In the upcoming episode, it will be seen that Suman will come to Shweta’s house and will rebuke Shweta for being an irresponsible mother. She will say to Shweta’s mother that Dhara’s is getting attached to Chiku’s and she doesn’t want Dhara to get emotionally hurt again. She will ask Shweta’s mother to either take Chiku back immediately or to give Chiku to Dhara and Gautam for adoption.

What would Shweta’s mother decide? Will she agree to give Chiku to Gautam and Dhara?