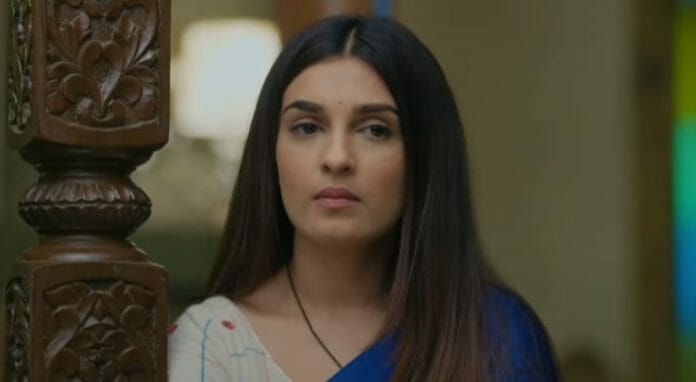 Star Plus’ popular show Pandya Store is gearing up for more drama with Dhara trying to expose Kamini in front of Rishita and Dev while Kamini having an evil plan to turn Rishita against Dhara.

In the current story it’s seen that Shiva finds Raavi upset and asks her the reason for her sadness. Raavi feels that she is being unfortunate for the family. Shiva assures Raavi that it’s not the case. Pandyas get ready for the puja at the Seths. Dhara says to Suman to bless her children. Dhara shows her mother’s necklace. Suman asks from where she got it as it got stolen. Dhara says that she got it from the the person, who stole it. A FB shows of Dhara taking the necklace from Kamini’s cupboard without her knowledge. Dhara shares with her family that they’re going to bring back Dev and Rishita using this necklace.

Meanwhile Kalyani tries to convince Kamini to drop her plan as she’s scared that it could backfired However Kamini gets determined to execute her plan. Pandyas arrive at the Seths. Dev and Rishita are glad to meet them. Dhara presents Dev a dress that she stitched and Rishita the necklace. Later Kalyani and Kamini get shocked on seeing the necklace around Rishita’s neck. Kamini says to Dhara to tie the thread around as per the ritual. Dhara understands that Kamini has some evil intention behind it. She seeks God’s help to expose Kamini.

In the upcoming episode it will be shown that Rishita will lose her balance and will be about to fall. Dhara and Raavi will hold her preventing her fall. Kamini will accuse Dhara of trying to kill Rishita’s child once again which will shock Pandyas.

What will happen next? Will Dev and Rishita believe Kamini? Will Dhara be able to prove herself innocent?