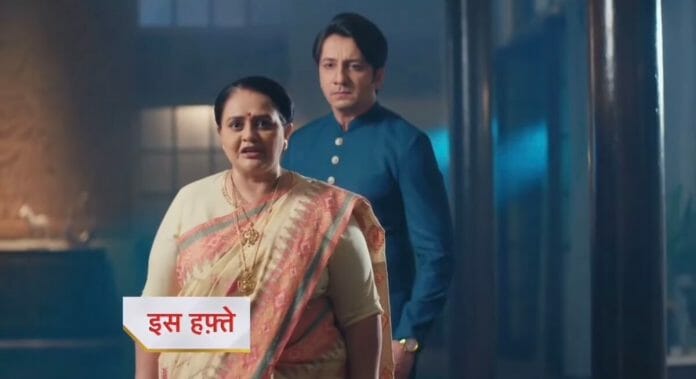 Star Plus’ much loved show Pandya Store is gearing up for more drama with Dev helping his family when they face a trouble.

In the current story it’s seen that Shiva and Dev shout at the officers who try to touch the name board. Dhara, Rishita and Raavi arrive to the shop. Pandya family together oppose the officers. However the officers seal the shop since Shiva hasn’t taken permission from the municipality to build a new floor. They say to collect the store key and stuffs from the municipal office after paying thirty thousand fine amount. Dev helps Pandyas despite Rishita told him to not involve in this matter as the officer threatened to seal their shop too. Pandyas inaugurate their new store and share a happy moment together. Rishita notices that there is more customer in Shiva’s shop and complaints about the same to Dev. She says that Dev created his own competitor by helping them. Dev says that they aren’t competitors since they sell branded products while Pandyas local products. He says that their problem is their strategy.

In the upcoming episode it will be shown that Kamini will say to Janardan that there should be a huge ruckus during the puja that the Pandyas should come happily, but should return getting shattered that it becomes impossible to join them back. In the puja Rishita will feel uneasy after having the food. Pandyas will get worried about Rishita. The latter will ask Dhara to tell the truth. She will say that despite Dhara knowing how her body reacts to cardamon, she deliberately added cardamon in the food. Rishita says that Dhara is jealous of her baby. Dhara looks on shocked.

What will happen next? Can Dhara clear Rishita’s misunderstanding?