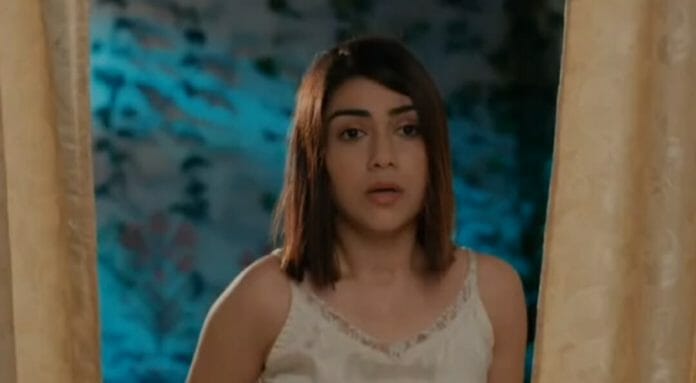 Star Plus’ popular show Pandya Store is gearing up for more drama with Shweta opening up to Krish.

In the current story, it’s seen that Shweta paces nervously on the terrace remembering Suman’s decision to send her back her house with Chiku. She’s scared of losing her freedom. She kicks the boxes, venting out her anger. She finds an alcohol bottle and starts to consume it. Hearing the noise Krish arrives at the terrace to see if a thief has entered the house.

He is shocked to see Shweta drinking the alcohol bottle that Gautam hid. He stops Shweta from drinking it fully. Shweta opens up to him. She tells how she wanted a carefree life, but ended up having a baby. Meanwhile, Dhara feels heartbroken about Chiku’s departure the next day.

She pots a plant with Chiku’s hand as Chiku’s memory. Krish witnesses this. He goes to Dhara and tries to console her. Dhara bursts into tears in front of Krish about going to be parted away from Chiku. On the other hand, Shweta plans to run away.

In the upcoming episode, it will be seen that Suman will be surprised when Shweta’s parents bring a lot of gifts. Suman will ask them why they need to get the gifts when they’re going to take Shweta back home.

Shweta’s mother will say to her that she’s confused about why Suman wants to send Shweta to their house when she had sent them a marriage proposal.

How will Pandyas react to Krish’s decision? Will they approve it?