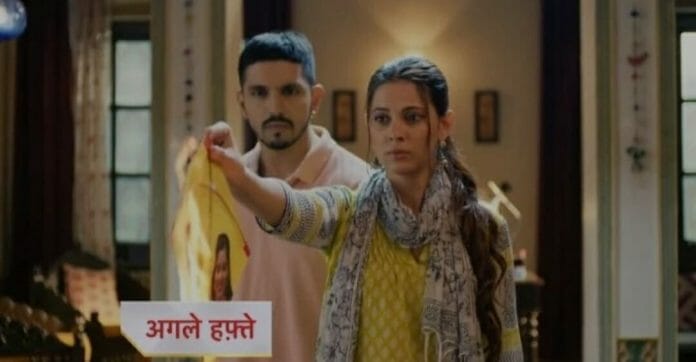 Star Plus’ popular show Pandya Store is gearing up for more drama with Shweta persuading her dad to purchase Pandya house.

In the current story, it’s seen that Shweta fakes a suicide attempt and persuade her dad to buy Pandya house. Pandyas learn this and get worried, but Dhara understands it’s Shweta’s new trick to purchase their house through her parents. As Rishita failed to convince the old lady, Dhara meets her and seeks her to help acquire Pandya Store back.

The lady demands one lakh. Dhara agrees to give and assures to give her a shelter near Pandya Store after getting it back. Meanwhile an investor sent by Shweta’s dad offers Pandyas one crore to buy the house and gives them 25 lakhs in advance. Raavi and Rishita become greedy after seeing the money and want to sell the house.

Suman refuses to sell the house. Dhara supports Suman. Rishita argues with Dhara over the same. Krish tells Rishita that the investor is Shweta’s dad’s man which shocks Raavi and Rishita.

They will receive the letter, but they tear it up refusing to return. Here, Dhara will feed food to Suman and will say to her that she has to die so that the Pandyas return. Suman will oblige and will pretend to act. The boy will open the house door and will welcome two other kids inside the house.

A voice over will ask if the next generation will be able to heal the wounds of the previous generations and win their hearts.

What happened to Pandya family? What caused the separation of Pandyas brothers? Why they refuse to return home?