Star Plus’ popular show Pandya store keeps entertaining its audience with its engaging storyline. The show is all set for some interesting twists and turns with Suman stopping Dhara from leaving.

In the current story it’s seen that the family pleads with Suman to stop Dhara. Gautam declares that he loves Dhara lot and can’t live without her, but if Suman wants to punish her, he will accept her decision.

Gautam states the changes happened in Raavi and Rishita because of Dhara’s punishment. Suman gets a change of heart hearing this. She stops Dhara and forgives her mistake. Dhara gets emotional and hugs Suman. The family unites again and happily shares a group hug.

Prafula and Anita get upset witnessing this. Later Dev apologizes to Rishita for his harsh words and thanks her for not leaving him. The family happily has the meal together. Shiva teases Raavi which provokes a hilarious laugh in Rishita.

Anita is angry with all the happenings and vows to separate Dhara and Gautam and to marry him. Gautam gives a romantic surprise to Dhara.

In the upcoming episode it will be shown that Gautam will seek Suman’s permission to sell their land, which is located out of the city, as it will be difficult to visit the often. Suman will ask what he will do with the money he will get by selling that land.

Gautam will want to open branches of Pandya store, which is his dad’s dream. Prafula will overhear their conversation and will get shocked. She will think that how Gautam can decide of selling that land when Raavi also have her share in that land. She will think of creating a scene about this matter.

What Prafula will do now? Will she be able to create problem in the family? How Dhara will handle this new challenge?

Keep checking this space for latest news of your favorite Hindi shows. 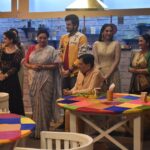 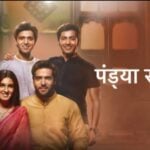