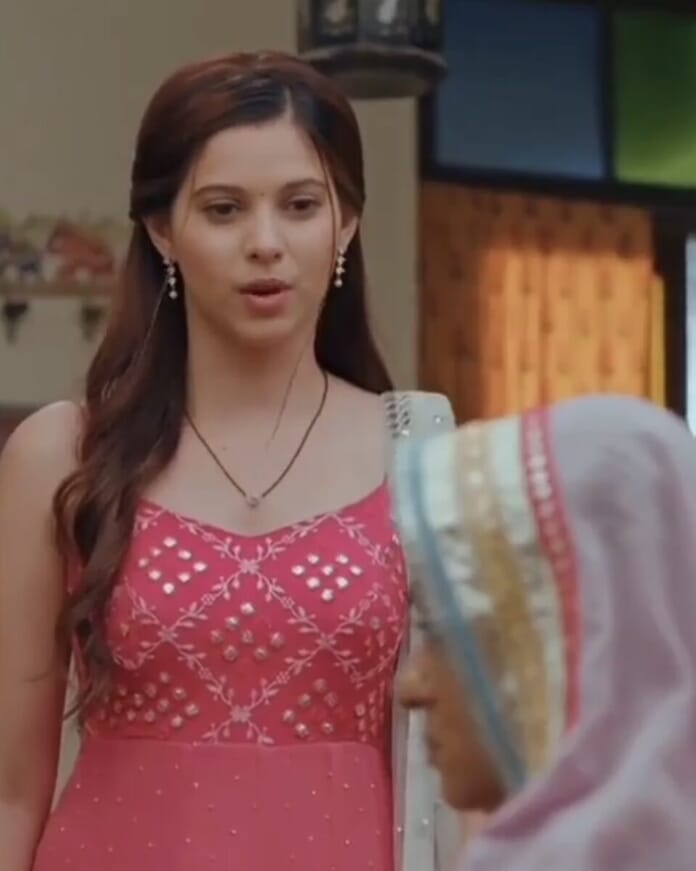 Star Plus popular show Pandya Store is entertaining its viewers since the first day it’s aired on small screen. The show is focusing on a joint family where four brothers live together. It shows how the brothers deal with their day to day problem and the problem in the family together. The story is now gearing up for more drama with Gautam is in a tight spot.

In the current story it’s seen that Gautam asked to choose between Dhara or their baby. Gautam chooses Dhara over their baby. Suman convinces to change his decision having faith on God. Rishita takes a second opinion from another doctor and they also say that Dhara’s life will be at stake if they continue the pregnancy. Gautam wants to terminate Dhara’s pregnancy to save her. However Suman opposes Gautam’s decision while whole family supports him and wants to save Dhara.
Suman tries to hard to convince all of them asking to have faith on God. Suman says that Gautam has no rights to take any decision alone and Dhara should be the one who decides. Rishita says that Dhara is unconscious, so Gautam can decide on her behalf. Suman asks Gautam what he will answer her if she questions him and says that Dhara will never forgive him. Gautam says that he can’t lose Dhara for their unborn baby and decides firm in his decision.

In the upcoming episode it will be seen that Dhara will gain her consciousness. She will see Gautam sitting in front of her. Dhara will get her medical file and will read it. Gautam will say cryingly that he could not save their baby shocking Dhara.

How Dhara will react after knowing the truth? Will she forgive Gautam?

All these questions will be answered in the upcoming episode. keep watching the show on Star Plus and keep checking this space for latest update of your favorite Hindi shows.